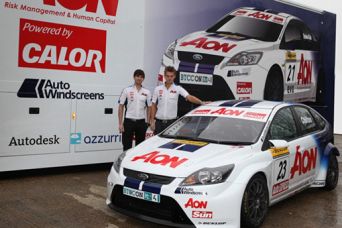 What do the Focus ST, Liquefied Petroleum Gas (LPG) and the British Touring Car Championship (BTCC) have in common? The answer to this question comes from Montune racing, a part of the Performance Engineering division of Revolve Technologies, which announced that it has developed an LPG-powered engine for the 2010 BTCC.

The powerplant has been in development since the end of last year and will be used by Team Aon, which races Ford Focus STs. The unit is based on Montune Racing’s Ford Focus 2 liter Duratec petrol engine that was used last season. It uses a Garett turbocharger, a new cast alloy inlet plenum, strengthened pistons & rods and, of course, an LPG injection system. It features the mandatory BTCC Pectel electronic engine management system, while developing 275 hp.

Aon is the first team to bring LPG to the BTCC, proving that racing can be a “green” activity. The team started testing the powerplant at the beginning of last month, with sessions taking place both in the UK and abroad.

"We are pleased that we have been able to develop a competitive race engine fuelled by LPG, and we are very happy with the end result.  We are looking forward to another successful season with the team, and hope to continue to build upon last year’s successful end to the season.” said Roger Allen, General Manager at Mountune Racing.

The new engine will enter the battlefield on April 3-4, when the opening race of the 2010 Dunlop MSA British Touring Car Championship takes place at Thruxton. The team’s two Focus RSs will be driven by Tom Chilton and Tom Onslow-Cole.