Do we really need to explain in many words how devilishly cool some of the versions of the Ford Mustang SVT Cobra were? Let’s try to do it in just one sentence. If Hot Wheels thinks the 1993 Cobra R is a collectible worth an exclusive 48-hour shopping window for Red Line Club members, who are we to say there’s one even better?
38 photos

Actually, it’s our duty to do so. Because otherwise, this 2004 Ford Mustang SVT Cobra “Terminator” might not have the chance to catch its future owner by surprise with an affordable auction bid. That’s right, we used the words "affordable" and "Terminator SVT Cobra" in the same phrase. And we’re going to up the ante because this example has just 5,200 miles (8,369 km) on the odometer and single ownership!

It’s currently (but for just a very few short hours going forward) available up for grabs on Bring a Trailer courtesy of a dealer consignment and comes dressed up in Oxford White and Dark Charcoal (for the leather-infused interior contrast). As such, it may look suspiciously tame, but only from a distance.

Coming closer, the snake badges and the Cobra lettering on the rear bumper will settle the mystery as to what’s hiding under the white hood: a supercharged 4.6-liter V8 engine that was nicknamed “Terminator” by the SVT team. It’s hooked up to a six-speed manual and sends power to the rear wheels through a limited-slip differential to try and save the driver from pulling a Mustang, if possible.

This one probably wasn’t involved in such stunts as the body looks pristine, just like the interior. By the way, according to the description, this car has been given the proper TLC over the years by the single owner that purchased the Cobra from new somewhere in Oregon.

As such, it comes with lots of documentation (including a clean Carfax report, window sticker, etc.), the Oregon title, and the panache of maybe snatching an affordability title if the bidding remains as fair as we see it at the time of writing. It currently stands at $35,500, and believe us, it’s a good deal because we’ve seen units go as high as well-equipped 2021 Mustang GTs. 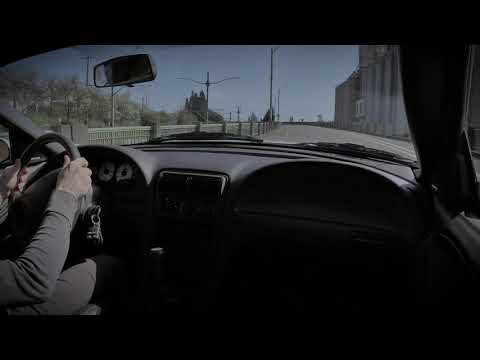