1 Romanian Police Use Public Transport to Go on Missions 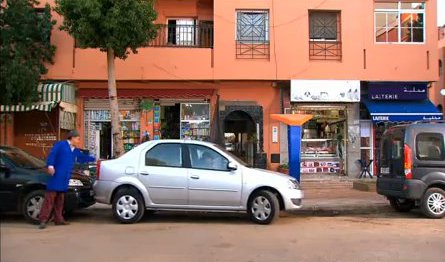 We gotta hand it to the marketing guys who have the extremely difficult task of making the Dacia Logan low-cost model sell like it does. Thanks to their clever ideas, the low-cost stamp the model has to carry with it to the dealerships' floor has turned, for all intents and purposes, into a must-have feature.

Take these two advertisements from Morocco, meant to highlight the model's extremely useful, yet non-existent features: a parking sensor and an alarm system (both available in some markets of the world, to be honest).

Both these extras can be ordered with a Logan in Morocco, being fitted not into the car, but into the driver and the strangers on the street. Both features are part of an integrated alert system called... your voice. Watch the videos below and see what we mean.

Now, back to serious stuff, the Logan is enjoying a great popularity in Morocco, being the second best selling brand in the country following the brand that owns it, Renault. The country is at the center of the expansion plans Renault has for Dacia, together with the facility operated in Romania by the auto maker.

The crazy bet Renault made when it launched the Logan a few years back paid off, with the Dacia range now comprising a low-cost sedan (Logan), a low-cost hatch (Sandero) and a low-cost SUV (Duster). That range might grow in the future, according to Renault's Patrick Pelata, to a total of ten models; two of them will be launched as soon as next year, being slotted for production in Morocco.