Lordstown Endurance Retires From San Felipe 250 After 40 Miles, Is It a Fail?

The much-anticipated and highly mediated debt of the Lordstown Endurance electric pickup truck turned out to be more of a flash in the pan-type of thing. But it’s not all bad news.
The Endurance skateboard, dressed up in the finest off-road racing body and gear by Brenthel Industries, was only able to complete 40 miles (64.3 km) of the race before retiring. Lordstown Motors announced the result in a post on social media and, without offering an explanation for the shortened race, declared themselves satisfied with the result.

The announcement regarding participation in the race was made in February this year. Lordstown said it would be testing the in-wheel motors and battery technology at the SCORE San Felipe 250 race in Baja California, Mexico, arguably one of the toughest challenges on earth. The goal was never to make it to the finish line in time but to complete the single-loop 290-mile (467-km) race and collect data that would improveme the production version of the e-truck.

Two days ahead of the race, which took place on April 17, Lordstown unveiled the off-road version of Endurance. Since the production version of the truck is expected to deliver a 250+-mile (402+-km) range from a 109 kWh battery pack, it was assumed the off-road version would need at least one recharging stop along the way. A mobile recharging station was prepared and sent to San Felipe, as well.

As you can see in the videos below, the Endurance was one of the two electric trucks racing at San Felipe 250, and it was welcomed with incredible warmth. The driver was not a professional racing driver, but Matthew Blanchard, the Lordstown Director of Security and a first-timer at San Felipe 250. Up on the ramp, he made a point of saying how Lordstown and Brenthel Industries only had “about 60 days” to get the truck ready, which was incredibly stressful because it was rushed.

Before the 40-mile (64.3-km marker), GPS tracking on the Endurance showed the e-truck slowing down. Shortly afterward, it veered off the racecourse to meet up with the Lordstown truck carrying the charging station on a nearby highway. TFL Truck reports that it stayed in the same spot for 2.5 hours, recharging and/or undergoing repairs.

As for what happened next, we won’t know until Lordstown issues a clarification in this sense.

Some online theories note that, by this point, there was something wrong with the truck. Had it only stopped for recharging, it would have continued with the race, but Endurance turned around to the finish line. Other unconfirmed reports claim that the driver may have actually wanted to return to the race but got lost after missing a turn, so he turned around for the start line. At points, he drove backward on the racecourse.

Whatever happened, Endurance only made it for 40 miles (64.3 km) of a planned 290-mile (467-km) drive. The other electric truck fared considerably better, putting in three times the distance using swappable batteries. To some, the San Felipe 250 was a failure for Lordstown: the Endurance skateboard wasn’t up for the harsh driving conditions, the driver wasn’t ready, and the entire team rushed into one of the most challenging off-road races.

To Lordstown and many others, the mere fact that they made it to the start line is a success. “The Endurance’s hub motors, battery pack and software performed very well today, and everything we did and experienced in Mexico has provided us with valuable insights into how the Endurance’s technology performed and responded to the demanding and treacherous conditions,” reads the company’s official statement. “We are stopping here and taking our incredible learnings back to Lordstown.”

In other words, even if Endurance didn’t make it halfway in the race, let alone complete it, the data collected will be used in the further development of the production version of the truck. The technology, including the four in-hub motors, a first on the EV market, performed as expected. The Endurance’s first outing was, regardless of the outcome, a success.

In the end, it’s all a matter of perspective.

With the debut now done and over with, the production version of the Endurance, an electric pickup truck that aims to be the first-to-market, the most reliable, and toughest e-truck in the world, will start deliveries this fall. 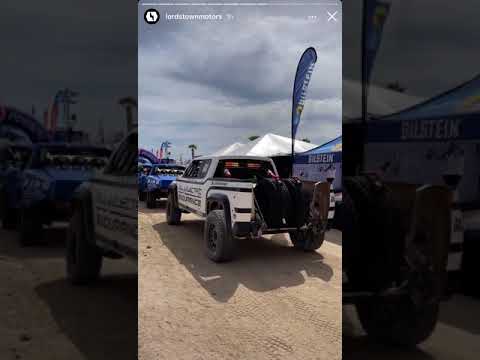 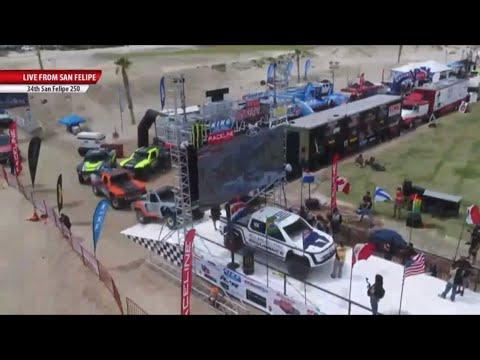 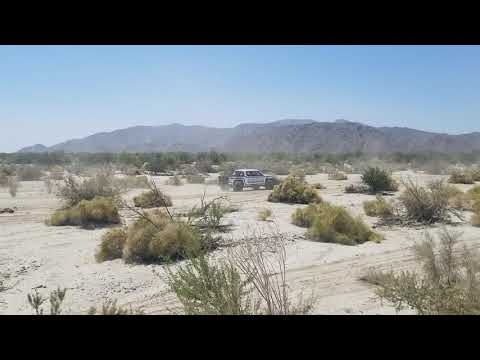 You Can Stop Brazil From Cutting Through the Middle of the Amazon Rainforest, Here's HowSee all editorials