3 Ford F-150 Loses Yet Another EV Tug of War, This Time Against Lordstown Pickup

5 Reuss: Cruze Will Lead the Way for Chevy in Small-Displacement
Car video reviews:
Up Next

If you like your tea piping hot, you’re in luck: Hindenburg Research is spilling plenty of it in its latest report. Lordstown Motors, the promising EV startup that says it will be delivering the first units of the Endurance electric pickup truck in late 2021, is a “mirage.” Not of the good kind.

Lordstown and the Endurance e-Truck, a Mirage Built on Lies and Fake Orders

A few things need highlighting before we get into the actual report: Hindenburg Research, the same name behind the damaging expose on Nikola, has taken a position as a short seller in Lordstown Motors as well. What this means, in very basic terms, is that it stands to gain from the eventual collapse of Lordstown stock, caused by this damaging report.

A brief recap of Lordstown and what it sells is also in order. For the time being, Lordstown doesn’t have an actual product, but it has promised its very first, an all-electric pickup truck, Endurance, will start deliveries of the first units later this year, so as to be the first e-truck to market. Described as 500% better than anything else on the market, whether electric or with a combustion engine, reliable, safe and very practical, the Endurance uses four hub wheel motors for a combined output of 440 kW or about 600 hp.

The first Endurance mule to start road testing burned down at the end of January 2021, after just 10 minutes on the road. It had presumably completed and aced factory testing; word of the incident only got out in the media one month later.

Interest in Lordstown has been great. The market is ready for wide EV adoption and an all-electric pickup truck is one vehicle that has, until now, escaped full electrification (Rivian and Cybertruck are not included, because deliveries have not yet started on either). Lordstown capitalized on this to promise to be not just the first to bring an e-truck to market but also the company to make it better than anything else.

In the damning report, which makes for a very lengthy but fascinating and apparently well-documented read, CEO Steve Burns is pinpointed as the mastermind behind the “mirage.” Though experienced only in software startups, he founded Workhorse in 2010, was pushed out of it in 2019 and, just four months later, started Lordstown. The Endurance e-truck was an idea that he had all along and took with him when he was ousted from Workhorse, adapted and renamed Endurance.

Much like Nikola, Burns is described in none too flattering terms. He is soft-spoken and charming, and with a deprecating sense of humor, but he is also a “con man” who is not adverse to bending rules and forgetting about ethics if the situation suits him. Most obvious in this sense is the way in which he created the false impression of heightened demand by fake orders for the Endurance.

As the first video at the bottom of the page shows, one of the strongest selling points for the Endurance, according to Burns, is how much demand there is for it. It was designed for fleet services and companies are seemingly rushing to snap them up: 14,000 units by E Square Energy (a $735 million deal), 1,000 trucks to Innervations LLC ($52.5 million), 500 units to Clean Fuels Ohio. These are numbers that Burns touts as “firm orders” and “sales:” a total of $5 billion in future revenue.

They are, in reality, non-binding letters of intent (LOIs). Hindenburg tracked down each and every one of these companies and found that, number one, they had no fleets of vehicles, and number two, lacked the capital to finalize the deals, if that was ever their intention. In other instances, the “buyer” clearly said they had no intention of buying the trucks. The LOIs are non-binding and require no reservation fee, so signing them was easy. In one particular case, with Grid-X, the buyer had no idea they had placed an order even though they were featured in media from Lordstown as a “key” partner.

In addition to faking orders in order to raise capital from investors, by creating the impression of heightened demand, Burns also paid for orders. While companies like Tesla take reservations for upcoming production vehicles, Lordstown actually paid consultants for bringing them fake pre-orders. Burns started doing this back at Workhorse in 2016, offering $30 a pop, and the amount increased in 2020 to $50 for each pre-order or LOI.

Then, there’s the issue of the actual Endurance, which is always 6 to 12 months from production yet never really is. Hindenburg says that Lordstown has lied or exaggerated developments on the e-truck, from the fact that it will built the hub motors and the battery packs in-house, to the miles of testing and the video below that purportedly shows welding (it doesn’t, only one robot seems to be doing any actual work). Industry analysts note that the reason cars don’t use hub motors, which are considered “unsprung weight” and, as such, liable to major safety issues, is because, well, they’re not safe. Or reliable.

“Overall, investors are banking on an unvetted technology in a brand-new application on a scale that has never been achieved,” Hindenburg says.

Lordstown is licensing the motor technology from a small company in Slovenia. As for the batteries, it’s currently assembling some packs by hand, after shipping them in from abroad. Fewer than 10 prototypes have been built for Endurance, and none of them has ever been tested fully. The design is constantly changing, too, which means that, whatever tests are done are invalidated right away.

Lordstown is also accused of poaching staff and stealing tech from Karma, which, ironically, it had previously approached for licensing of third-party infotainment software. Karma is suing Lordstown over it.

“We think investors, workers, and the local community deserve much more transparency on what is going on at Lordstown,” Hindenburg concludes. Lordstown is invited to get started on that by answering 21 questions from Hindenburg, formulated based on the findings described above. 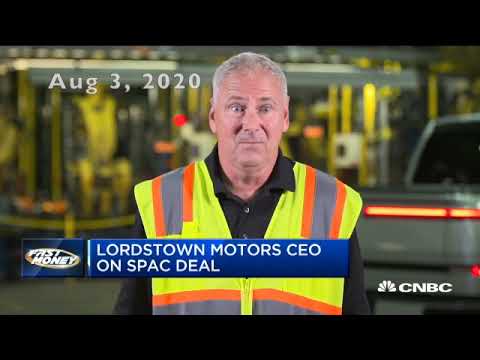 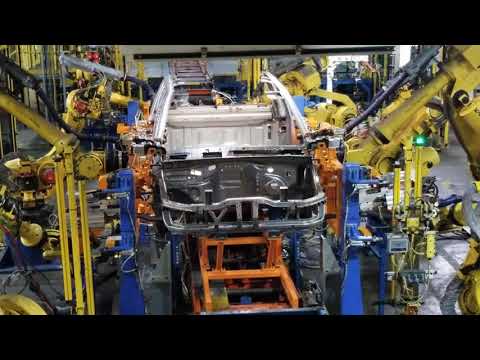