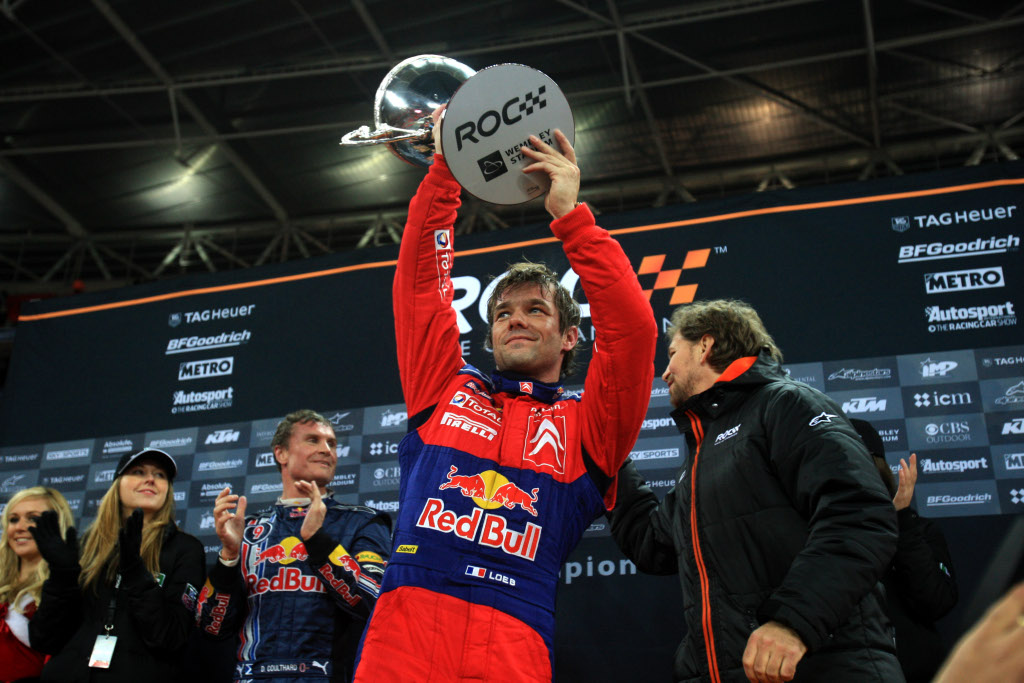 Sebastien Loeb ended his winless streak at the Race of Champions last weekend, after clinching his 3rd title in the competition. The victory was the Frenchman's maiden success at Wembley Stadium, as the previous ones happened when the RoC was hosted by Paris' Stade de France.

“It was a good atmosphere. For sure in the Stade de France I had more fans, but that's normal because it's in France. But here was a good atmosphere also. It's always a nice moment to come here because it's a unique opportunity to see drivers from Formula One, motorbikes, NASCAR, everywhere - even Yvan Muller, my teammate in the French team, I don't meet him on many other occasions,” said Loeb after the event.

The Frenchman was also the last WRC 'representative' to clinch victory in the event, in 2005. He started off rather poor in this year's RoC also, having to settle for a 1st round experience in the Race of Nations, alongside teammate Yvan Muller – newly-crowned champion of the FIA WTCC. The duo lost to Team Scandinavia in the opening round, a team that would later advance all the way into the final of the Nations' competition.

Loeb took control of the situation in the ROC later on, but had to go through some pretty tough moments in the first round. Competing against Race of Nations teammate Yvan Muller, the 5-time WRC champion lost control of his car in the very first corner but managed to return to the track and eventually passed his compatriot at the finish line.

Loeb's second round opponent was chosen from the FIA WTCC also, none other than former championship supreme Andy Priaulx. Loeb managed to beat the British driver for a place in the final round, where he met the crowd's favorite and F1-retired David Coulthard. The Scot had promised his fans he'll say a proper goodbye following his shunt in Brazil, and he kept his promise.

However, Loeb managed to beat the former Red Bull Racing driver by a narrow margin to take another ROC trophy back home.

“I had done only one race in the Nations Cup, so I didn't have the experience, and all the drivers have to fight in the start of the Race of Champions, so I didn't feel so confident. But finally it went well, and I took the confidence and had a good feeling so it was ok, you just want to do your best. It was a tough fight, I was close to finished in the first corner and when you have all the best drivers in the world here, it's always tight,” concluded the Frenchman.