5 Tesla Should Make Another Announcement at the Semi Truck Event in September
Car video reviews:
Coverstory

It probably happened to most of us: you wake up one morning, go to your car, and, as you unlock the doors, you are greeted by a "meow" as well as the usual mechanical sound signaling you're good to get in.
1 photo
But it can get slightly worse than that. You can get in the car, start the engine, drive off and go for a few good miles before the first "meow" is even heard. That situation is bad for both the driver and the cat, especially if the former has problems with their ticker.

If you're the type who doesn't care about animals in general and hates cats in particular, then it's business as usual. But since very few people have had such serious childhood issues that they turn into real monsters when they grow up, when this happens, we're likely to be at least a little bit worried for the wellbeing of the furry critter.

The simple part is pulling over and getting out of the car. Convincing the illegal passenger to do the same might prove more of a challenge. That's because the tight space where it's likely crammed by now is somewhat reassuring, as opposed to the completely unknown environment on the outside. That, to top it all off, is also filled with funny-looking biped creatures.

The YouTuber that calls himself "S U" was lucky enough not to go through all this, but that's not to say he had it easy. As he went into his garage on Saturday morning, he heard the fatidical "meow." Knowing he doesn't have a cat, he listened to see where it was coming from.

It turned out it was his Model X's rear bumper. The kitty somehow managed to squeeze through and now probably couldn't find its way out, so it started screaming for mommy. The EV owner had no idea how to reach inside, so he decided to go to the Tesla shop and ask for assistance there.

The idea itself was sound, but it did involve a risk for the little cat. Should it had decided to bail the vehicle while it was driving at high speed, this story could have ended a lot worse.

But it didn't. The pair reached the Tesla Service Center in the same formula, and the people there put on the mandatory protective gloves (anyone who got stung by the tiny needles that are a kitten's claws knows what I'm talking about) and pulled the little guy out safely.

To make the story even better, one of the guys at the workshop instantly fell in love with the ginger monster and offered to adopt it. OK, this is the part where you look around to see if anyone is watching and go "awwwww." 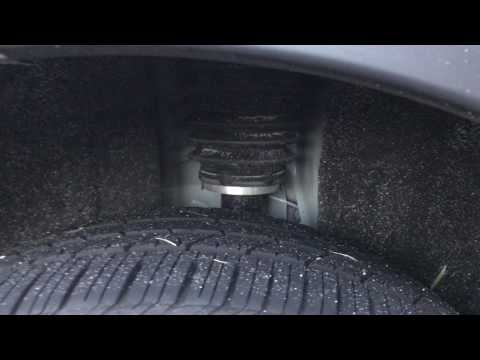 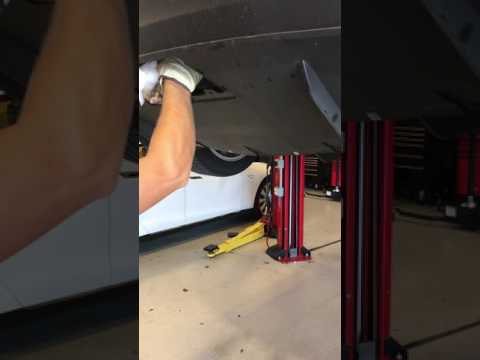