Listen to the 2020 BMW M440i Coupe Testing at the Nurburgring

The 8 Series is undoubtedly cool, but not many people can aspire to own the flagship two-door coupe from BMW. And that's where the new 4 Series comes in, borrowing all the goodies from the G20 sedan and putting them in a sexier package.
4 photos

BMW M says that the X3 M and X4 M should be its bestsellers, and that should tell you something about where the market is going. However, most of the most iconic Bimmers of all time come from this lineage, and we have trouble letting go. The E30, E36, E46, E92, and F82 - the world of going around in circles wouldn't be the same without them.

This new 4 Series Coupe will be like that too, but you can tell it has other ambitions as well. Its overall shape is somewhat similar to the 8 Series, so it's probably going after luxury sales too. And while weight reductions and power increases will help performance, it's more about pressing the gas and going fast than the man-and-machine experience.

Case in point, this prototype that's been spied at the Nurburgring. It's the M440i Coupe, which should have xDrive and a 382 horsepower 3.0-liter turbo making it faster to 100 kph (62 mph) than all the M3s except the outgoing one.

Styling isn't too out there, with restrained shoulders and air intakes. The stand-out feature of the M package are the large rectangular exhaust pipes. You can tell BMW has made subtle changes to the general design compared to the 3er sedan. You've got more pronounced headlights and a rakish roof. But the interior will be basically the same.

While the full launch of the 4 Series is likely to happen next year around March next year, we've been promised a preview concept that's close to the real thing for the Frankfurt Motor Show a month from now. 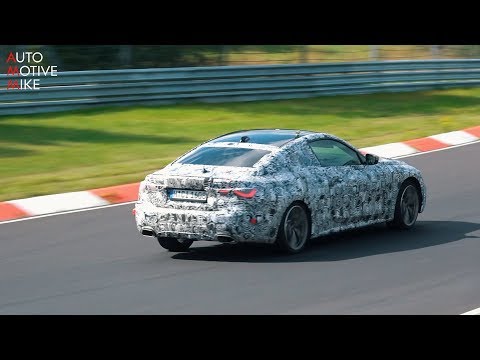