3 Hotchkis Lingenfelter Camaro Previewed
Up Next 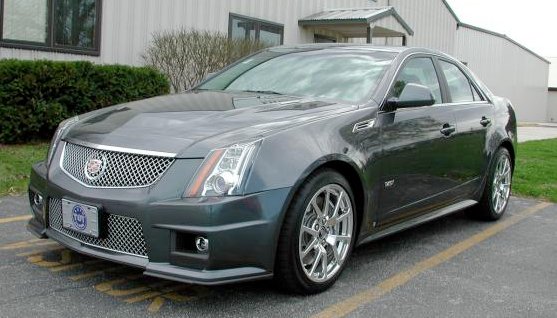 Lingenfelter Performance Engineering is offering a supercharger pulley upgrade package for the CTS-V. The car’s 6.2 liter supercharged V8 powerplant, which produced 556 HP and 551 lb-ft of torque when it left the factory, now offers 630 Hp and 630 lb-ft of torque.

The power upgrade includes a E-coated supercahrger drive pulley, an 8-rib serpentine belt, solid supercharger isolator coupling, a special air duct kit and others. The only visual modification is the presence of the tuner’s logo on the air duct kit. The company also remaps the engine’s electronic control module. The package costs $589.95 (this doesn't include the installation charges).

The Cadillac CTS-V is a special car in GM’s garage as the company’s CEO, Bob Lutz challenged automotive journalists to see if any competitor of the performance Caddy could beat the car on a track.

The race took place on the Monticello Motor Club in Monticello, N.Y. Lutz didn't win, but the victory was taken by another CTS-V, driven by ex-GM Performance Division Executive John Heinricy. More importantly, the CTS kicked some serious car "rears", such as those of a BMW M5, a BMW M3, an Audi RS4 and a Mitsubishi Lancer Evo X. In addition to that, it humiliated the Jaguar XFR, as the Jaguar officials denied the car’s access to the race, invoking potential brake overheating issues.