4 Lindsay Lohan Arrested After Hitting Pedestrian in Cayenne
Up Next

2018 Polo GTI Testing at the Nurburgring, Could Come Out Earlier Than Expected

GTA V, a game that was released in September 2013, has a character named Lacey Jonas, which some believed resembled Lindsay Lohan.
6 photos

The actress decided to file a lawsuit against Take-Two Interactive, the developers of GTA V, for allegedly using her image in the game, as well as making money from the sale of merchandise that had the same character printed on it. Lohan was upset that the creators of GTA V had used her “likeness, persona, voice, and image” without consent.

The filing even referred to the “peace sign hand gesture,” which the plaintiff stated that she used years before the video game came to market, and that it was her signature gesture.

The sign we are talking about is the one that has the index and middle finger pointed up in the shape of a “V,” which is a gesture also known as the one for “victory.” Evidently, Lindsay Lohan or Take-Two Interactive did not invent the gesture.

The lawsuit was not seen well by the game developers or the avid fans of GTA V. Lohan was attacked on Twitter and other social media platforms because of the lawsuit, which was initially described by the developers as an attempt to gain publicity.

The same character from the game, Lacey Jonas, was also confused with Kate Upton, a famous model. Instead, GTA V uses the image of Shelby Welinder, another model, which was hired by Rockstar Games, the producers of GTA V, through her agency, to model for the advertisement of GTA V in the fall of 2012. The voice of the said character was of actress and producer Bridget Burke.

As Rock Paper Shotgun reports, the court found that Lindsay Lohan’s name was not referred to in the game, and nor was her image or voice. Furthermore, the developers never used a picture of her for the character that was claimed to resemble the actress.

The court did not ignore the idea of similarities between Lohan and the GTA V character, but the video game made by Take-Two Interactive did not fall under the statutory definitions of “advertising,” or “trade.”

Moreover, works of fiction or satire do not fall within the scope of the statutory phrases publicity and commerce, so it was all clear for the developers. Lohan was not the only person to sue Take-Two Interactive, as a woman from a US reality show “Mob Wives” also filed legal action against them, but that lawsuit was also dismissed. 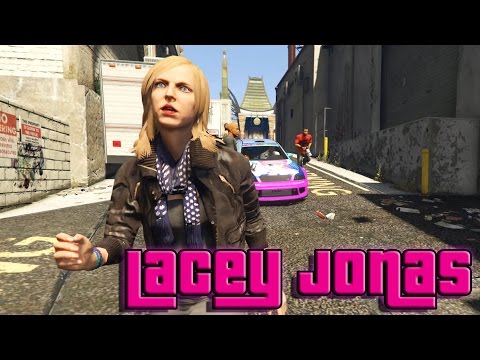