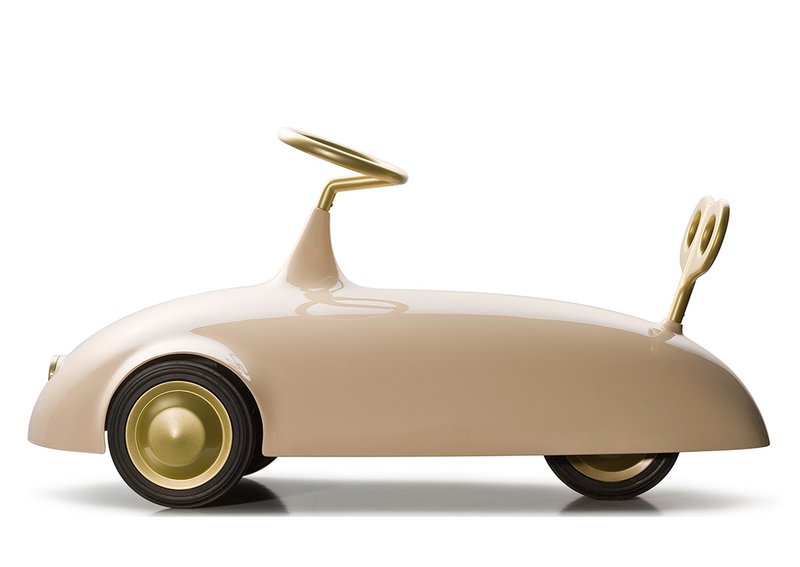 Created exclusively for the 20ltd.com by designer Nika Zupanc, the Konstantin Beta ride-on toy comes as a limited edition toy car for rich little kids. Featuring a lacquered epoxy shell body and aluminum or brass parts, the toy car will only be produced in a limited number of seven units, each priced at GBP1,657 (about $2,560), as BornRich reports.

In the international press, Zupanc’s work has been described as everything from “punk elegance” (Elle USA) and “Techno chic” (BusinessWeek), to “larger than life” (Clear magazine) and Zupanc as “the real star” (The Wall Street Journal).

“The international critique of this rising star of furniture design is as effusive and inventive as the work itself,” the description of 20ltd.com reads.

“Attracting increasing attention since graduating from the Academy of Fine Arts and Design in Ljubljana, Slovenia in 2000, Nika created her decisive splash with her notorious “Lolita” lamp, designed for Moooi and featured in NEW YORK TIMES STYLE magazine as one of the hottest trends for 2008. This was swiftly followed by her “5 O’Clock” collection being picked out by Ambra Medda, co founder and art director of Design Miami, as one of 12 most influential décor trends of the moment,” it continues.

“The world according to Nika Zupanc is an intriguing one – the creation of this sit-on ‘child’s’ toy exclusively for 20ltd.com is an epitomizing tour de force of her cute originality. Playfully nostalgic for a time when children had physical friends as toys rather than digital enemies, it is surely any youngster’s most stylish first car. For the adults, it might be rather a chic means of arriving into dinner,” the description concludes.