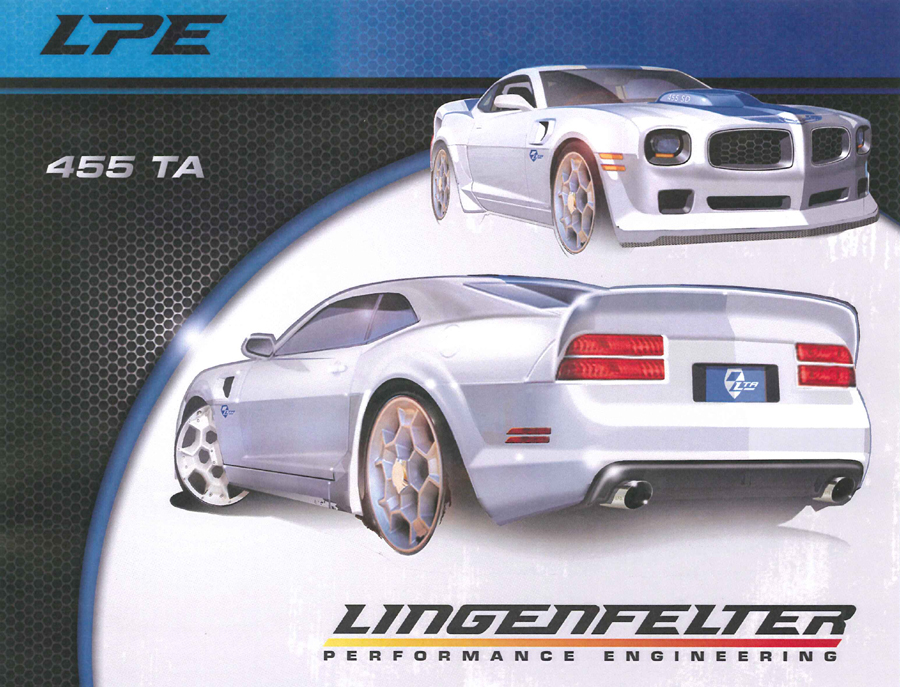 Pontiac might be dead, but it’s spirit lives on in the hearts of all the Americans who saw Smokie and the Bandit. As General Motors decided to kill this legendary American brand, enthusiasts are determined to keep it going until a possible resurrection. Now, at the SEMA Show in Las Vegas, Lingenfelter plans to unveil the new Pontiac Trans Am.

No, this is not a joke. The American tuner decided to chop up a 2010 Camaro in order to restyle and rebadge it. Is it worth it? Judging by the pictures, it is. The renderings show a really attractive muscle car that takes its inspiration from the 1971 and 1972 TA, complete with the white and blue paint scheme and prominent twin-grille beak.

The Camaro LTA is powered by a LS based 655 horsepower Lingenfelter 455 CID engine and is fitted with Corsa exhaust, custom honeycomb wheels and Nitto tires. The fender vents join a ducktail spoiler at the rear.

If you’re a fan, there's no word on pricing, but we wouldn't expect it to come cheap. Modifications are quite radical, so the Camaro-based Pontiac Trans Am will set you back a few bucks, but it’s probably worth it.