3 Lightyear's Mass-Production Car May Arrive in 2024: It Is Not the One

Lightyear One Solar EV Reaches New Milestone, Claims to Be the World's Most Efficient Car

Netherlands-based manufacturer Lightyear aims to take roads by storm with the most aerodynamic five-seater to date. Its Lightyear One solar electric vehicle is also described as the most efficient car to date and it recently hit another milestone, in a new round of tests conducted in Italy.
6 photos

Last year, the car manufacturer managed to drive its One prototype for more than 440 miles (710 km) on a single charge, which is quite an impressive range, considering that the vehicle packs a 60-kWh battery. Based on those results, the Lightyear One proved to be more energy-efficient than the Lucid Air and Mercedes-Benz EQS, achieving 11.8 km/kWh (7.3 miles/kWh).

But those tests took place in the middle of the summer (in Germany) and Lightyear wanted to check out the vehicle’s efficiency in all weather conditions. At the end of this January, the manufacturer took the One for a new round of tests, this time in Aprilia, Italy, at the Bridgestone European Proving Ground (EUPG).

The testing team focused on tire performance, aerodynamics, and efficiency at higher velocities. All the car’s specs were thoroughly reviewed, from its speed and range to battery capacity, energy consumption, and so on.

This time, the Lightyear One had to face much cooler weather with temperatures of approximately 10 degrees C (50 F). The solar vehicle also reached higher speeds compared to previous tests, being brought up to 130 kph (80 mph) from 85 kph (53 mph).

As for the car’s energy consumption, engineers reported 144 Watt-hours per kilometer, which – according to Lightyear – makes this the most efficient car on the market, capable of traveling 1.5 times further than the most efficient vehicle to date, on its relatively small (60-kWh) battery.

The Lightyear One solar electric vehicle can be reserved on the company’s website. Its purchase price is €150,000 (around $171,000) and the Dutch automaker scheduled the start of deliveries for this summer. Meanwhile, the Lightyear Two is also in the works, with the car manufacturer planning to make it available to the masses in 2024/2025. It will have a starting price of €30,000 (approximately $34,000).

You can watch the Lightyear One showing off its skills at Bridgestone in the video below. 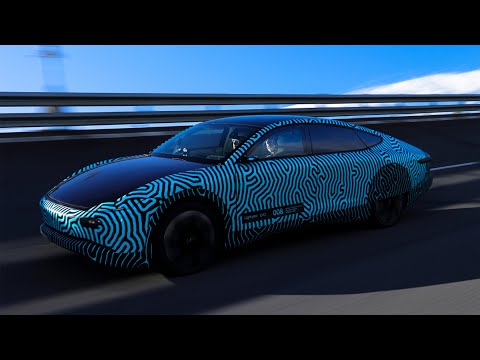