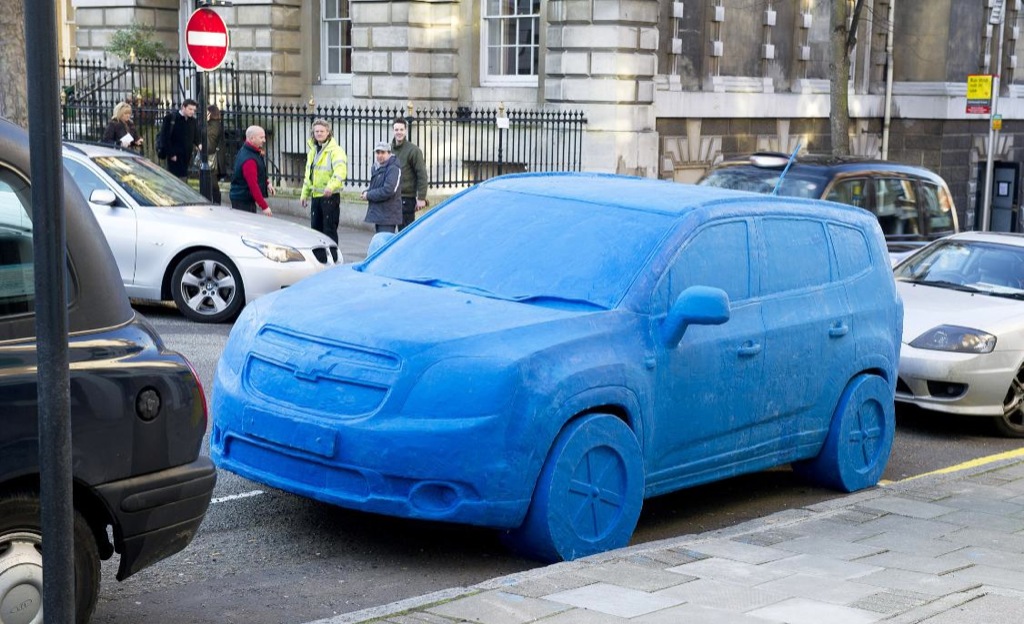 Marking the UK launch of the new Chevrolet Orlando family-friendly seven-seater car, a life-size replica of a car made from 1.5 tonnes of Play-Doh was parked in London today. According to Chevrolet, the hand-crafted sculpture was created by a team of eight model makers over a two week period, and measures 4.6m by 1.8m (181in. by 71in.).

The decision to use a Play-Doh-inspired sculpture came after a research showed that the modelling compound topped a poll of the most-loved toy from yesteryear.

Specifically, over 1,000 UK adults voted for their favourite nostalgic toy from their childhood with Play-Doh gaining a fifth (19 per cent) of the vote closely followed by LEGO (17 per cent) and Kinder Egg (15 per cent).

“The new Orlando deserves another look and we believe this mould-breaking MPV is a real head-turner – especially when it’s made from tonnes of the nation’s most popular aqua-marine putty. Hopefully our launch will appeal to the inner-child in every parent and it will become a firm family favourite,” stated Les Turton from Chevrolet UK.

The all-new Orlando seven-seat MPV promises to offer good value for money, stylish design and low insurance and running costs. Available with a 1.8-liter petrol engine or two new powerful diesel derivatives and in three trim levels, the Orlando is priced from just £16,395 ($25,899).