Sebastian Toma
Wayve, a start-up company that is developing self-driving car technology, has recently received a significant investment. We are referring to GBP 10 million, which is about $13.6 million. The investment comes from Ocado, a British online grocer, and it is meant to give the company first dibs on the autonomous car tech.
27 photos

In case you are wondering why an online grocer would invest in a self-driving car start-up company, wonder no more, as they announced their intention to be able to enable autonomous deliveries. The system developed by Wayve is supposed to be fitted with artificial intelligence that will help it learn to drive in uncharted areas without a hitch.

As TechCrunch notes, Ocado has also invested in another self-driving car company called Oxbotica, which has a goal of developing software to power autonomous vehicles, along with other developments in the field of robotics.

As company officials have explained, they want to get this challenge solved, so they are working with several partners to find a solution.

In other words, the British online grocer can afford to invest in several companies that have the same objective, without planning to make those companies work together or having the intention of merging them. This is a smart approach, which has been seen before, and it should help reach the end-goal faster.

Coming back to Wayve, the British start-up wants to get cars to drive themselves without the use of LiDAR sensors. Instead, it wants to use cameras that are connected and feed images to an advanced computer that is capable of discerning distances, objects, traffic signs, and various traffic situations.

Tesla Motors used to employ LiDAR for its driver-assistance technology, but the American brand has changed its strategy to employ cameras and deep learning instead of a combination of LiDAR and cameras. Time will tell if this is the best approach to the matter of self-driving cars.

Until then, we also want to point out that Walmart has previously invested in Cruise, an autonomous car start-up company that is currently owned by General Motors. The same chain of supermarkets has also partnered with Argo AI, which means that several companies are working to find the best way to enable driverless deliveries.

The latter aspect is an unfortunate perspective if you currently deliver goods, but employers should also know that packages still have to be removed from the vehicle, even if it is self-driving, and many of them require a person to walk up to the customer's door to complete the delivery, so keep that in mind when autonomous delivery vehicles will become a thing. 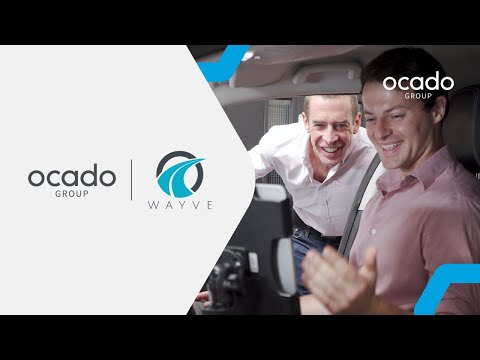