LG Chem to Build Battery Cell Plant in the US 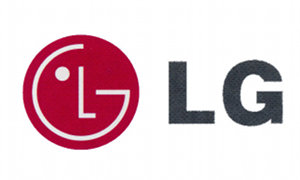 LG Chem has just announced today that it intends to build a new $303 million lithium-ion battery manufacturing facility in Holland, Michigan. According to the officials, over 400 jobs could be created by 2013 and many of the people will be hired and trained in advance - prior to the plant being operational.

The facility will be financed from a $151.4 million grant the company received from the U.S. Department of Energy (DOE) as part of the Recovery Act Award for Electric Drive Vehicle Battery and Component Manufacturing Initiative. The company will also invest $151.5 million investment in the facility.

"What's more, LG Chem was impressed with Holland's outstanding determination and sincere effort and commitment to be at the forefront of the new green energy economy which will result in Michigan becoming the leader in the electric vehicle industry," Ham added.

The Holland plant will be operated by LG Chem's North American subsidiary, Compact Power, Inc., and is meant to build cells for General Motor’s new hybrid model the Chevrolet Volt.

"Thanks to a bold vision and aggressive strategy, Michigan is now the leader of the U.S. advanced-battery industry," Governor Jennifer M. Granholm said. "We thank LG Chem for its commitment to our state, and we are proud to partner with the company, the city of Holland and the Obama Administration to grow a new industry and new jobs here."