3 Is the Middle East Getting a Supercharged Lexus LX 570?

5 This is How the Lexus LFA’s Wing Feels
Car video reviews:
Up Next

Everyone knows the Dubai Police has an affinity for expensive cars. You know your country sits on a black gold mine when the local police affords owning and using Lamborghini, Ferrari and Aston Martin cars. Still, they also look tempted by inferior cars like the new Lexus RC F, which just made it there.
1 photo
The Dubai Police Commander in Chief recently inspected two new additions to the lot - a brand new Lexus RC F performance coupe as well as a short wheelbase three-door Toyota Land Cruiser, all dressed in white and green striping with the Dubai Police markings and sirens.

After checking out each one of them, the police chief gave his accord for the cars to be part of the fleet and seemed to be quite fond of the new acquisition, despite the minor league these cars came from. Guess they also need Japanese reliability with all that dust and heat around.

Maybe they’ll be used as actual pursuit cars, unlike the supercars in the stable which are there mainly for patrol jobs and showoff in major touristic areas of the city.

The supercar craze there started in April 2013 with the acquisition of a Lamborghini Aventador, followed by a Ferrari FF, Mercedes-Benz SLS AMG, Bentley Continental GT, an Aston Martin One-77 and a Chevrolet Camaro SS.

But only the latter model could be threatened by the new Lexus RC F which is powered by a 5-liter V8 churning 467 hp to the rear wheels via an upgraded 8-speed gearbox and a torque vectoring differential. 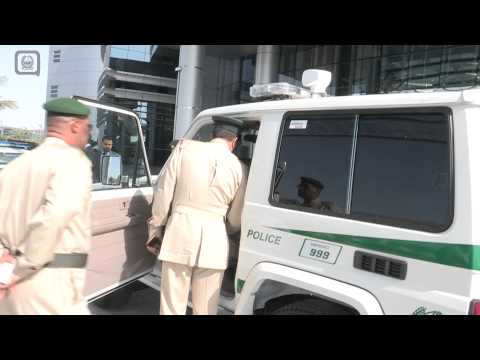