Lexus LFA and Supermodel Rianne Ten Haken Challenge Each Other 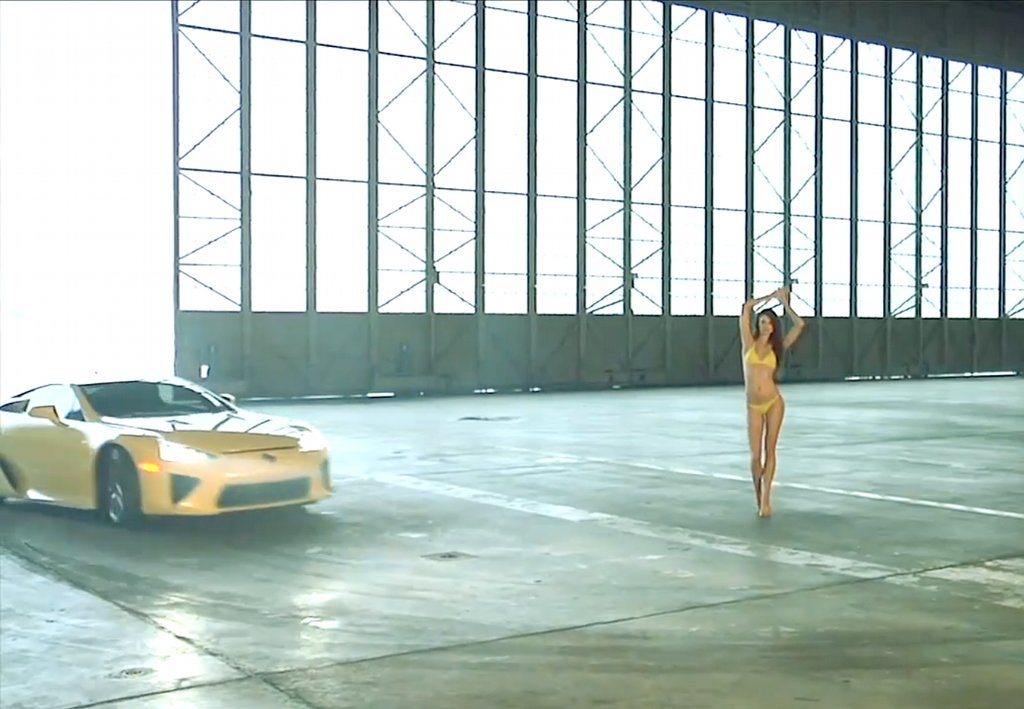 Everyone loves supermodels (including themselves) and the same goes for supercars, but what if the two are combined? Well, the first answer that came to our minds when this question popped up was a pretty weird one. To put it simply, we imagined a creature that has all the assets offered by a supercar and replaces its downsides with the qualities... of a supermodel. Eventually, we realized that it would be pretty hard to create such a bio-mechanical beauty and we decided to use Lexus’ answer.

The Japanese company decided to mix its LFA with a supermodel in a spot that uses a simple name: “Supercar Meets Supermodel”.

To put it simply, the company released a video that shows Supermodel Rianne Ten Haken being drifted around by a yellow Lexus LFA. No, she’s not in the car. The vehicle is being manhandled by no other than Rhis Millen, who forces the four-wheeled beast to perform tight circles around the supermodel.

Oh, we almost forgot: the stunt is being used for the annual Sports Illustrated Swimsuit edition.

“A gorgeous supermodel with wind blowing through her hair isn’t unusual to see in the annual Sports Illustrated Swimsuit edition. But when that wind is created by a Lexus LFA supercar screaming by, it’s definitely something to check out. Supermodel Rianne Ten Haken, participated in a very different swimsuit photo shoot as she faced off with the 552 horsepower, 4.8 liter, V10 engine of the LFA. At a distance of just four feet, the LFA ran multiple high-speed donuts around the model,” stated the press release.