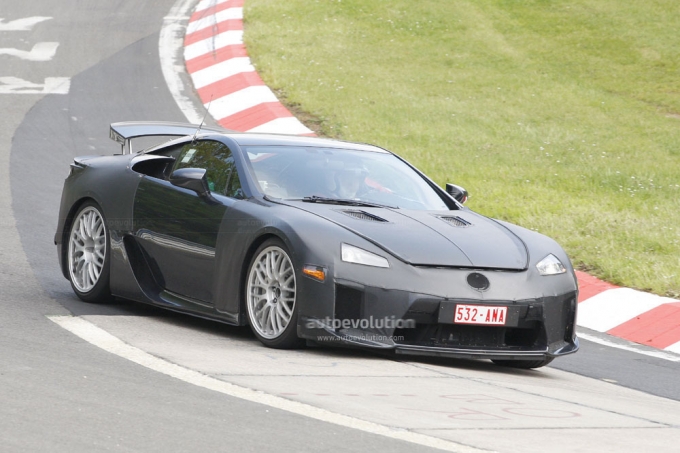 Lexus' new LF-A supercar will officially go on sale in October and will be offered with a price tag of around 250,000 pounds (approximately $403,000). The car will be displayed in production form at the upcoming Tokyo Motor Show, autocar.co.uk wrote, with the whole series comprising of only 500 vehicles, with 20 units of the series will be especially designed for the United Kingdom. Every buyer will receive the purchased car at a private test track in Spain.

The LF-A was first shown at the 2007 North American International Auto Show and is currently undergoing heavy testing on the Nurburgring circuit in Germany, as we told you recently when we also published a set of spyshots with the car.

Other highlights include 20-inch wheels and carbon ceramic brake discs and several carbon fiber-made parts that will reduce the overall weight of the car while maintaining a high level of performance.

As for the exterior look, the supercar will boast a retractable rear wing and, on the sides, large air intakes are located both above the side skirts and upper on the car, at the rear of the windows. A wide array of high-performance and aerodynamic options will be available as well, allowing buyers to customize their cars with all kinds of parts.

A prototype version of the car was displayed at the 7th ADAC Zurich 24h endurance race in May and used a 4.8l V10 engine, mated to a sequential manual gearbox.