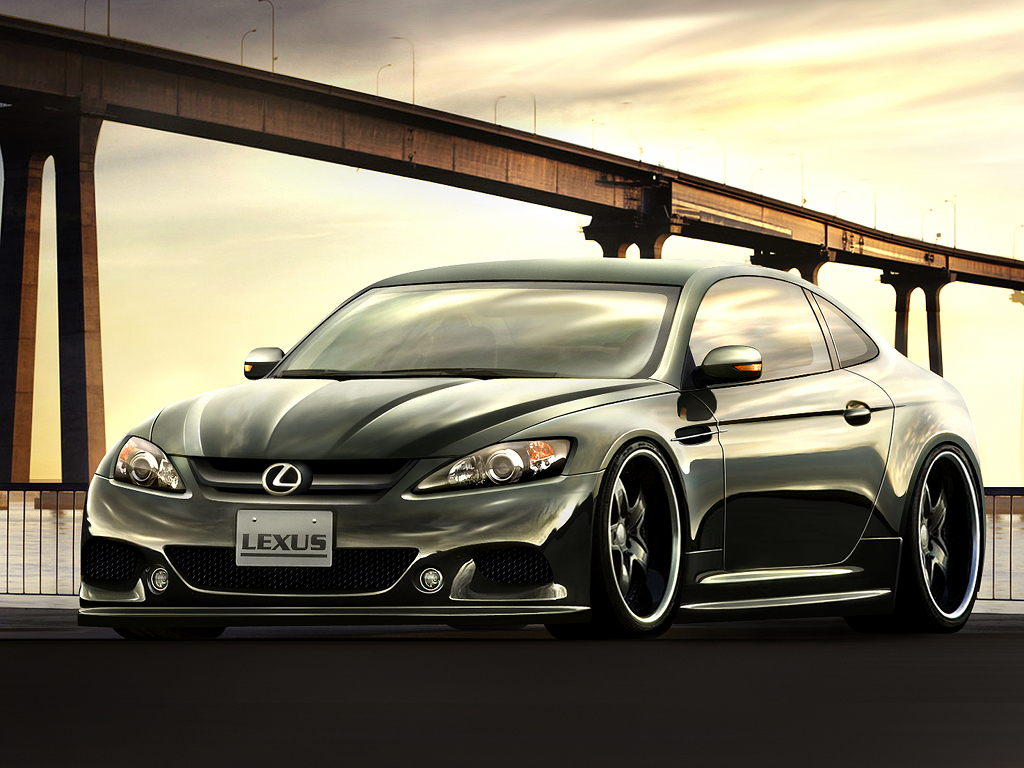 The German Power War fighters are no longer just battling against each other, as warriors that come from other cultures have decided to join the fight for the power greedy public’s attention.

One of the vehicles that manages to come with a strong offensive is the Lexus IS-F. When pronouncing its name, automotive enthusiasts from all over the world instantly thing about its V8 powerplant and its special exhaust layout (yes, unfortunately those magnificent tips are fakes and the Japanese carmaker didn’t even make efforts to hide this but we’ll forgive the company).

But what is Lexus followed BMW’s example of offering the M3 is more than just one body style? As you know, the IS range only comes in a saloon form, but the F version has been crying for a coupe version ever since it was launched.

As it would have been impossible to convince Lexus to build an IS-F coupe for us (who knows? maybe they’ve got a prototype hidden in some ultra-secret garage) and an aftermarket process that would create such a vehicle would’ve been extremely complicated, we decided to take a leap into the virtual world in order to see how such a vehicle would look like.

You can see the result in the adjacent image. Yes, this isn’t the perfect IS-F coupe dream, but the car still manages to impress. The vehicle manages to offer an aggressive image without using extreme elements and we’d just love to drive such a creation.