1 Vettel to Receive Trofeo Lorenzo Bandini on Sunday
Car video reviews:
Up Next 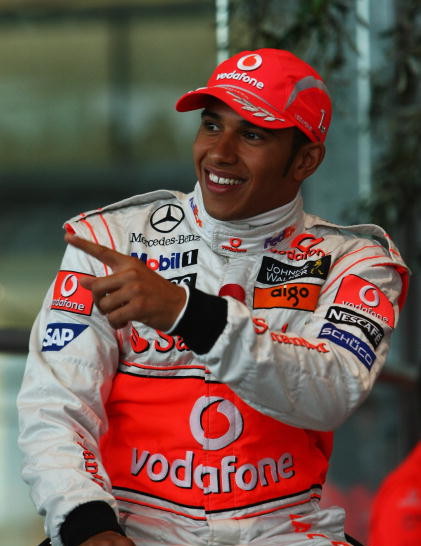 Lewis Hamilton will have two busy weekends coming up. First, he will attempt to score a second win at Silverstone, in front of a home crowd, in the British Grand Prix, after which he'll go to Italy to collect something that he has already won: the prestigious Lorenzo Bandini trophy.

The Trofeo Lorenzo Bandini will finally add the 2008 Formula One champion to its winners' list, with the ceremony due to take place the weekend after the British race. The trophy is won by a distinctive driver each year and represents an ongoing tribute to the leading Italian driver of his period, Lorenzo Bandini, who lost his life in the 1967 Monaco Grand Prix when his car burned down on the circuit.

Last year, the trophy was handed to Red Bull's Sebastian Vettel, for the great performances he recorded at the wheel of Scuderia Toro Rosso's car a year before. He brought the Faenza based team its first and only victory in F1 in the 2008 Italian Grand Prix. When he was awarded the trophy, Vettel proceeded to a 12-km drive in his race winning STR car from Faenza to Bandini's hometown.

Felipe Massa, Mark Webber, Fernando Alonso, Kimi Raikkonen, Michael Schumacher, Juan Pablo Montoya, Jenson Button, Jarno Trulli and Jacques Villeneuve have all won this trophy in the past, while current Renault driver Robert Kubica was presented with it a year before Vettel, in 2008.

“The list reads like a who's who of formula one talent, and I'm very honoured to be joining that group,” said Hamilton, who is currently leading the Formula One championship heading into the Silverstone event.