1 Lewis Hamilton Has “No Regrets” About His Activism, Will Accept New FIA Rules

2 Lewis Hamilton Is No Hypocrite on Climate Issues: Private Jet, Supercars No More

4 Lewis Hamilton Shows Off His New Electric Mercedes EQS, Is Branded a Hypocrite

Lewis Hamilton’s weekend could have been better. He started the Russian Grand Prix in Sochi in pole position but ended up third, after being served a ten-second penalty and two points on his racing license for a pre-game pit practice.
1 photo
Hamilton wasn’t happy about it, as the video available at the bottom of the page, a post-race interview with Sky Sports clearly shows. He is convinced that F1 bosses are “out to get him,” holding him back on purpose and holding him to higher standards than those applicable to any other driver. In the words of the great philosopher Kim Kardashian, “Can I live?!”

Hamilton did two practice runs in the pits ahead of the race, with officials penalizing him 5 seconds for each. They also added one penalty point for each lap, but the penalty points were retracted after the race. Instead, FIA decided to fine Mercedes €25,000 ($29,000) for instructing Hamilton to practice elsewhere than the designated position. The penalty points got Hamilton dangerously close to a Formula One race ban.

He ended the race behind teammate Valtteri Bottas and Red Bull’s Max Verstappen, and those 10 seconds could have made all the difference.

“I need to go back and see what the rules are, what exactly I did wrong. I’m pretty sure no one’s got two five-second penalties for something so ridiculous. I wouldn’t put anyone in danger, I have done this at a million tracks. But yeah, it is what is,” Hamilton said at the end of the race.

That first part of the statement is of the essence here: it is clear Hamilton and Mercedes failed to comply with the regulations. An updated version of the rule book, Race Directors’ Event Notes Version 3, which is specific to the Russian GP, was sent to them on Saturday morning, but someone was clearly not paying enough attention.

“Of course it is [excessive],” Hamilton says, even after conceding that he might have been in the wrong on this. “But it’s to be expected, they’re trying to get me. They’re trying to stop me, aren’t they? But it’s okay, I just need to keep my head down and stay focused. And we’ll see what happens.”

Presumably, shortly afterwards, Hamilton found out that no one is actively trying to stop him, least of all the FIA. And that rules apply to everyone. 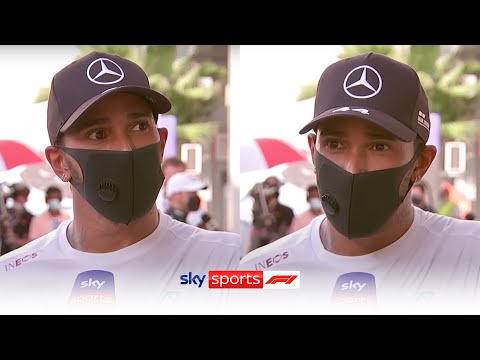