Leon Haslam to Tackle Goodwood Hillclimb on the BMW S1000RR 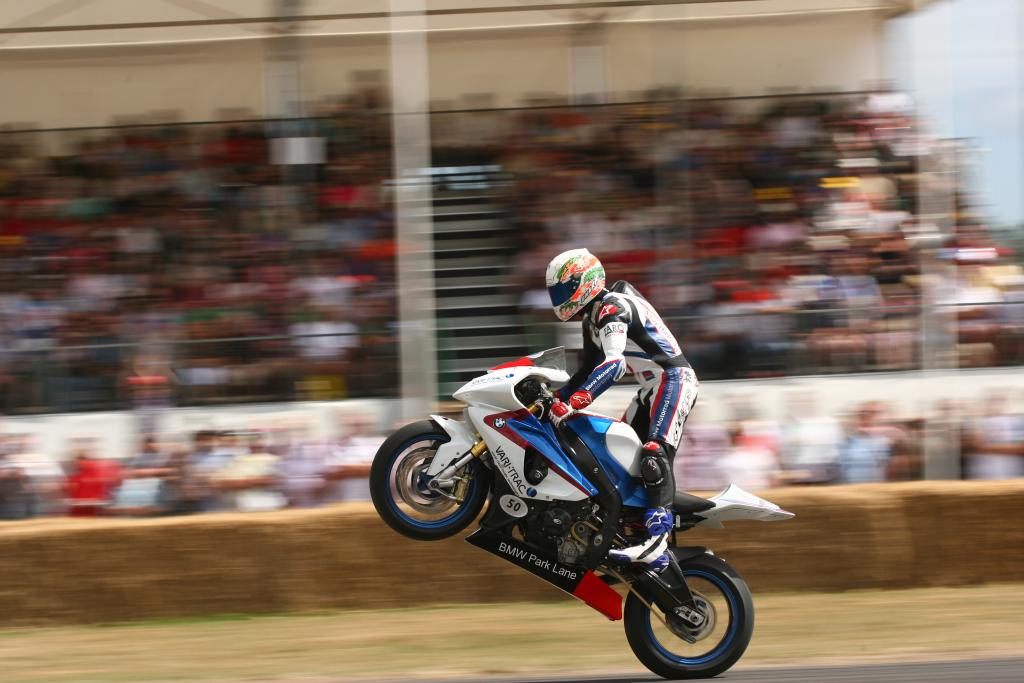 The forthcoming Goodwood Festival of Speed is to feature iconic BMW motorcycles, cars and racers, including Leon Haslam and John Surtees, who will tackle the famous Goodwood Hillclimb. There will be five BMW motorcycles and five cars entered in a time trialled hillclimb 1.16 mile drive through the Goodwood House estate in Chichester this July.

BMW Motorrad Motorsports’ World Superbike racer Leon Haslam will be tackling the hillclimb on his 200+bhp BMW S 1000 RR race bike and will also be around to sign autographs and meet fans during the weekend.

John Surtees OBE, the only man ever to be crowned world champion on both two and four wheels, will be making the run on a supercharged 1939 Type 255 Kompressor race bike. Making 60bhp and weighing just 138kg, the 482cc supercharged Boxer took Georg Meier to victory in the 1939 Senior TT race on the Isle of Man.

Surtees bought the bike in bits in the 1980s and painstakingly restored it to pristine condition. He has kindly loaned the only remaining example of this three-time world championship winning bike to the BMW Classic museum in Germany.

BMW stunt star Mattie Griffin, one of the best freestyle stunt riders in the world, will be at the event for the second year in a row, treating visitors to a dazzling display of motorcycle handling, performing stoppies and burnouts as he wheelies up the Goodwood hill.

Mattie will be performing two shows a day on his specially-prepared F 800 R, which will also be on display in the paddock, where he will be meeting and chatting to fans and visitors. Motorcycle News’ senior road tester Michael Neeves will be participating in the hillclimb event on his S 1000 RR MRO Superstock racer, prepared by BMW Park Lane.