4 US Energy Information Administration Deems US Most Efficient Since 2007

5 We’re going to the US. EU sucks.
Car video reviews:
Up Next

Remember how Shell was trying to keep a good image through its partnership with Lego, the world’s biggest toymaker? Well, that is over now, as the Danish company just announced they decided not to renew the co-promotion contract once the present one ends. Why? Because of Greenpeace and of drilling for petrol in the Arctics, which reportedly ruins the environment.
1 photo
The fact that the entire world is facing some serious environmental issues, which before anything else means billions of dollars are spent on natural disasters, is obviously no big news. But who would have thought the green organizations could actually be able to cut of huge deals like Lego and Shell's have had for the last three years?

After all, having Shell selling the Lego sets in their gas stations was quite the big deal financially speaking, as it was building up a good corporate image. Considering its long line of controversies, which go from the corporation’s businesses in Africa, to overstatements of oil reserves and several environmental issues around the world, Shell was getting quite a brush with Lego aside. Lego cares more for kids and their future than for Shell
However, after a three-month Greenpeace campaign supported by more than a million people worldwide, it would seem the Danish toy maker has found their customers are more important. “Children are our major concern and the central focus of our company... We continuously consider many different ways of how to deliver on our promise of bringing creative play to more children. We want to clarify that as things currently stand we will not renew the co-promotion contract with Shel when the present contract ends,” Lego explained in a statement.

Shell’s arctic drilling project  started two years ago, but the company has faced several bumps and delays, reports initially claiming the oil giant will give up. Meanwhile, Royal Dutch Shell has invested nearly $5 billion by this stage of the project. Eventually, a June interview with the corporation’s new executive vice president of the Arctic indicated that Royal Dutch Shell will continue with its activity in the region. Greenpeace versus Shell: 1-0
You see, this is why Lego’s announcement was not really great news for the corporation. As to Greenpeace and their campaign it’s easy to claim they’ve experienced quite the success.

“It's a massive victory for the million people globally who called on LEGO to stop helping Shell look like a responsible and caring company – rather than a driller intent on exploiting the melting Arctic for more oil. To maintain respectability in the face of growing opposition to Arctic drilling, Shell needs to surround itself with decent and much loved brands,” Greenpeace wrote in a statement.

In case you were wondering how they did it, you might want to check out their website or the video below, which has almost 6 million views.

P.S. We're wondering if Lego is now targeting Tesla for their future partnership. 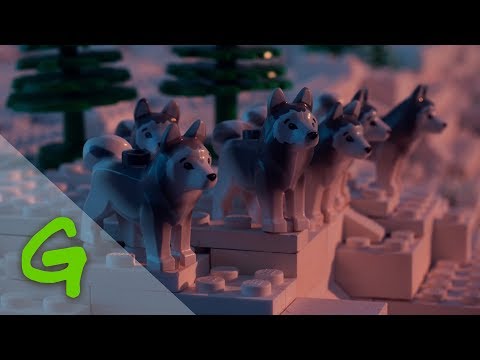