Cosmin Vasile
When a new major entry in the cult series Homeworld was announced two years ago, everyone jumped in the hype train. However, the last few months have been rough for the fine folks at Blackbird Interactive, the team behind Homeworld 3, because they have to come up with something to show at The Game Awards 2021.
9 photos

Homeworld 3 was originally set for release in Q4 2022, so TGA 2021 feels like a great place to start hyping your upcoming game. It’s probably the main reason developer Blackbird Interactive went dark in the last couple of months and didn’t offer those who contributed to the successful crowdfunding campaign on Fig any updates.

A surprise for many, the first gameplay trailer for Homeworld 3 made its debut yesterday at TGA 2021. It offers a glimpse at the story and the first look at some of the ships in the game. But the biggest change is the switch to 3D models featuring some sort of sketching effect that pays tribute to Relic’s originals 2D illustrated cutscenes.

After watching the trailer, I have no doubt Homeworld 3 is in good hands, especially since Blackbird Interactive, the studio handling the game, was founded by original Homeworld Art Director Rob Cunningham.

Nothing was changed regarding the release date, so we’re still expecting Homeworld 3 to arrive on PC (via Steam and Epic Games Store) in Q4 2022.

Homeworld 3, just like the previous titles in the franchise, is a space-faring real-time strategy game with a heavy focus on narrative. The next entry in the series will continue the story from where it left off and will feature fully 3D combat, as well as classic real-time strategy elements. 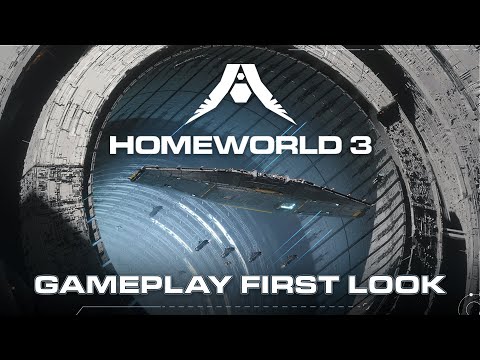