3 Official: Lear Will File for Bankruptcy

4 Lear to File for Bankruptcy
Coverstory 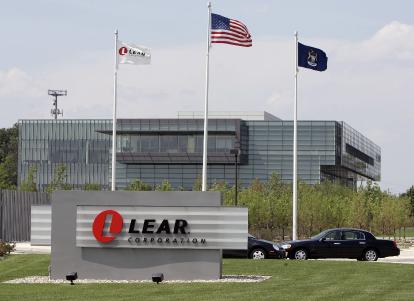 Bankrupt American supplier Lear filed its reorganization plan in bankruptcy court, taking yet another step into securing its goal of restructuring the $3.6 billion debt, as well as opening the door towards exiting bankruptcy by the end of the year, Autonews reported.

The plan, submitted on Friday, calls for lenders to convert $1.6 billion plus interest into new term loans, while the remaining $2 billion unsecured claims and notes will get converted in common stock and warrants in the new company.

Should the plan be approved, it will then get in the hands of the company's creditors to be approved by them as well. The hearing for the approval of the plan was set on November 2, a day which may mean the date in which Lear exits its bankruptcy.

In mid-July, the company reached a tentative deal with the UAW on a contract for some 700 hourly workers at seating plants in Arlington and Wentzville, securing continuous supply of "high-quality seating systems to GM from both locations for years to come.”

That day, the company also announced it gained the support it needed from its creditors. When the bankruptcy filing occurred, Lear said it plans to stay under Chapter 11 protection for 60 days and, even if the November deadline is exceeding that goal, the supplier's restructuring seems to have gone much smoother that with other companies.