Last Year Indian Beat Harley on the Track, Now You Can Do It on the Road

Last year, one of the biggest news on the motorcycle front was Indian taking on Harley-Davidson for the King of the Baggers' title. The one-time action took place at the WeatherTech Raceway Laguna Seca, where two Indian Challengers trashed 11 Harley-Davidson motorcycles in a race. And now, part of the hardware that made it possible is becoming available to the public.
1 photo
To be able to take on the task back then, the Indians were specially prepped by a team comprising people from S&S, but also Roland Sands himself. A number of changes and additions were required to bring the Challenger to tip-op shape, including what is now called Stage 2 PowerPlus Performance Cams.

In a bid to make the year ahead more interesting, Indian announced this week the cams are entering production and will be offered to all those willing to get 10 percent more horsepower from their engines and the extra kicks that come with the increase in power.

“The Challenger has already established itself as the outright leader in performance for American baggers, but these PowerPlus Performance Cams raise that bar even higher,” said in a statement Reid Wilson, Vice President of Indian Motorcycle.

“The world got its first taste of what these cams can do when our S&S Challenger dominated at King of the Baggers. But now everyone can experience it – whether you’re coming off the line at Laguna Seca or just giving it a little bit more to pass a semi out on the highway.”

The new parts are already available on Indian’s shop and can be had for $699.99. You can find more details about them at this link.

As for the King of the Baggers event, last year’s success prompted the organizers to announce an expansion of the event to include five races instead of the only one we had in 2020. 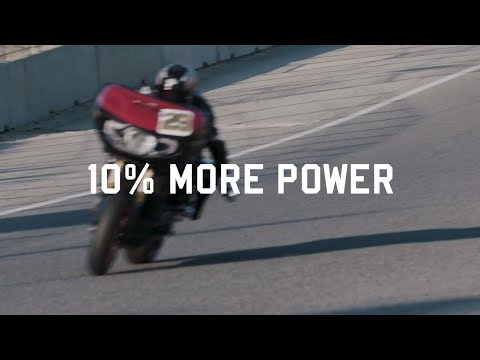