1 Tesla Model S Gets the Aftermarket Touch From Voltes Design

If you're looking for a 7-seat crossover, you'd probably be better off with a lot of other premium offerings than the aged GL-turned-GLS. But not even the Range Rover matches a twin-turbo AMG model for curb appeal and all that.
15 photos

Mercedes specialist tuner Larte Design has been working with the GLS-Class for about a year. And in that time, they've put together a couple of projects and photo shoots that we failed to cover.

There's a white car, a white car that likes frolicking in the snow, a brown car ,and a black one that continues the time-honored tradition of playing with horses. Because nothing says "I'm royal as fudge" like parading a carbon-fiber, 2.5-ton truck next to a majestic animal without an ounce of fat on its body.

Every Larte kit looks a bit like something that wants to bite you. However, the one for the GLS isn't as bad as the old Alien-face. We find that the lower bumper air intake, which is narrow in the middle and low on the side, looks like the flabby cheeks of a bulldog.

I kind of like the new radiator grille. If the GLS came out of the factory looking like that, it would be no problem at all. What I don't like is that every panel has been trimmed with red stripes. It's not a Nissan GT-R Nismo, folks.

The list of parts Larte offers is pretty long, and it includes front wheel arches, rear door plates, side sills, front fender inserts and all sorts of carbon trinkets. The black car is supposed to have Swarovski crystals, but we can't find them.

Larte's exhaust system is capped off with carbon fiber. They also offer an array of alloy wheel designs, obviously. It's just a shame that the back is not as successful as the GLS' original design. 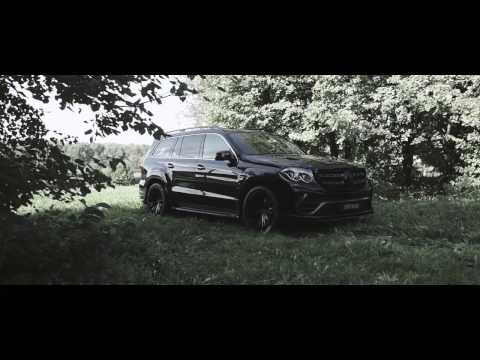