2 One in Five Executives Get Their Best Ideas in Cars, Study Reveals

This Bugatti Veyron Replica Is So Bad It's Good

Range Rover is reportedly preparing a new model for next year. According to unnamed company insiders, the project is referred to as the Evoque Plus, or the Evoque XL.
1 photo
The potential new addition to the Range Rover portfolio would rival the BMW X6 and the Mercedes-Benz GLE Coupe, so it will be an SUV with the design of a coupe. According to reports, the new model has been codenamed L560, and it’s said to borrow some components from the Jaguar F-Pace.

The Brits at Autocar write that the Land Rover insiders they contacted have said that the new Evoque Plus will come to market next year. In contrast, every Land Rover official asked about this project has denied its existence.

Since the launch of the new product is a year away, it is normal for the British brand to conceal details about any upcoming vehicle until the launch date is getting close.

Since the new model from Range Rover reportedly has similar dimensions to the Jaguar F-Pace, the car might be closer to a BMW X4 instead of a competitor of the X6.

However, Autocar reports that the size of the vehicle might not be directly linked to the price, suggesting that the new Range Rover could be priced close to a BMW X6, while its size could slightly surpass that of an X4.

While the Range Rover Evoque surprised the market at the time of launch with its exterior design, the new Evoque Plus could do the same with its interior. The passenger compartment is said to echo the layout of the Mercedes-Benz GLE Coupe and the BMW X6, and could have a four-seat configuration, with a five-seat option as extra equipment.

The biggest changes would come to the dash of the new car, where a cockpit approach has reportedly been chosen. The rear doors are also a subject of drama, as their size has been reduced to the minimum possible to allow the access of adult passengers. Naturally, the interior of the new car will come with luxury materials and quality finishes, as customers expect from this brand. 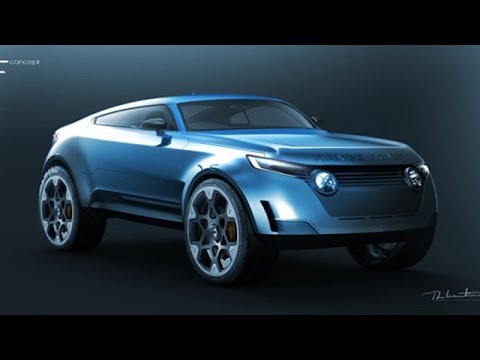