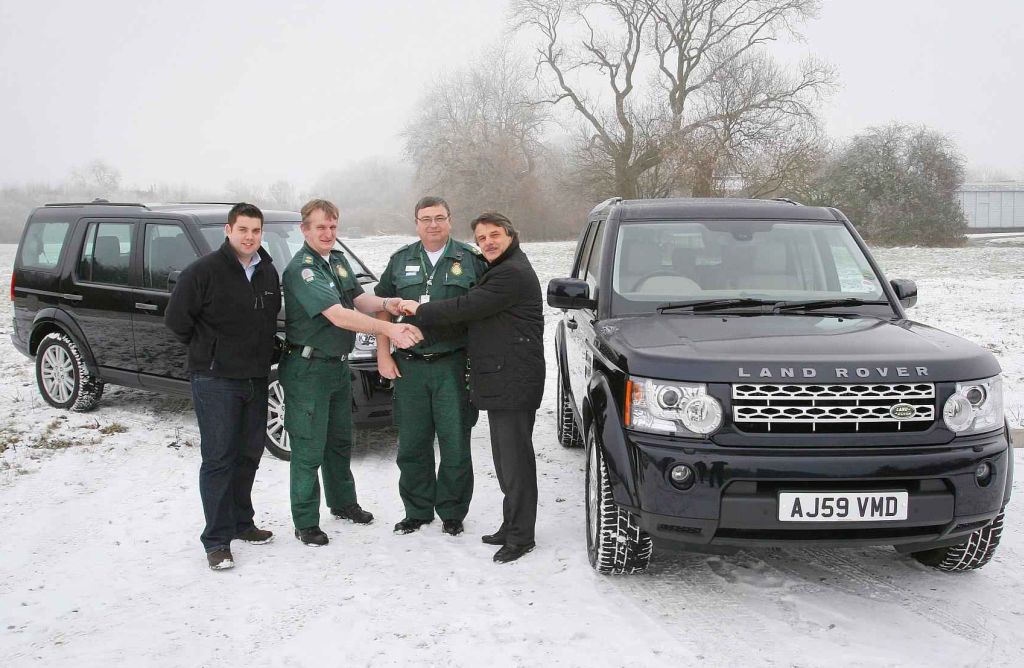 During severe winter conditions, emergency services, police and ambulances are probably the ones that must be supported by all drivers out there, not only because they save our lives but also because they sometime lack the funds to prepare their vehicles for winters. Land Rover tried to lend them a hand by offering two Discovery 4 models to the London Ambulance service, as the company is already known for its partnership with emergency services in the country.

It's almost a waste of time to say how appropriate driving a Land Rover during winter is, but representatives of the ambulance service have already mentioned that the two received models are "invaluable in helping keep the service operating."

“When winter road conditions become treacherous, there is one manufacturer that the emergency services turn to – Land Rover. For many years, we have provided local police, ambulance services and recovery agencies with the loan of our vehicles to aid their work when faced with poor driving conditions. Land Rover vehicles offer the best in all terrain capability, making them the ideal vehicles for these winter conditions," Ralf Speth, CEO of Jaguar Land Rover, said.

Earlier this year, the Australian division of the British group did the same thing and offered a Discovery to the Royal Flying Doctor Service Outback Car Trek for the free medical services it provides.

As part of the sponsorship, the car traveled from Hay in South Western NSW, to the home of the RFDS, Broken Hill, onwards to Maree and the Birdsville Track, to Birdsville, Windorah, Barcaldine, Ravenswood and Hamilton Island.