2 2022 Range Rover Getting Closer to Official Reveal, Drops a Bit of Camo

Land Rover and Bear Grylls Look for Positives in 2020, Forget to Wear Masks

Have you ever watched a clip where two people shake hands and go, "what are you guys doing, that's not allowed (recommended)!" only to realize the footage was shot well before social distancing was even a thing?
45 photos

Like it or not, some reactions have been drilled into our psyche over the past year, and it will be interesting to see when we will fully recover—or indeed if we ever will. Instead of dwelling on the negatives, though, Land Rover decided to focus on the bright parts and thus came up with something it calls "Project Discovery."

Obviously named after Land Rover's SUV, the project is essentially an international study on 7,000 families from seven countries (U.S., U.K., China, Germany, France, Italy, and Spain) that's meant to identify how best to navigate through a global pandemic that has had a massive impact on our way of life.

The keyword in Land Rover's "Project Discovery" is "resilience," identified as the most important attribute that can get families and people through the most difficult times. However, according to the study, only seven percent of the population scores as "highly resilient," meaning most will find there's plenty of room for improvement.

So, how can you increase your resilience? According to Land Rover's survey, you should focus on three aspects: close personal connections (family and friends), an appetite for exploration (a bit harder to do during a lockdown, but at least make sure the appetite is there) and hunger to make and learn (taking up new hobbies, focusing on creating stuff rather than consuming).

Talking about all this is, if his TV shows are anything to go by, one of the most resilient people in the world: a certain Bear Grylls. The survival expert meets up with British rugby legend Jonny Wilkinson in the woods to have a chat about the best way to cope with the pandemic and everything it has thrown at us.

Funnily enough, though, throughout the video, the two men don't seem to keep the required distance away, and neither wears a face mask. While that definitely makes for a much more enjoyable watch—two people talking to each other without seeing their mouths move is a bit eerie—it's not exactly the message a responsible brand would want to send out. However, the main word here is resilience, not responsibility, so maybe next time?

Find out more about "Project Discovery" in the Press Release section below. 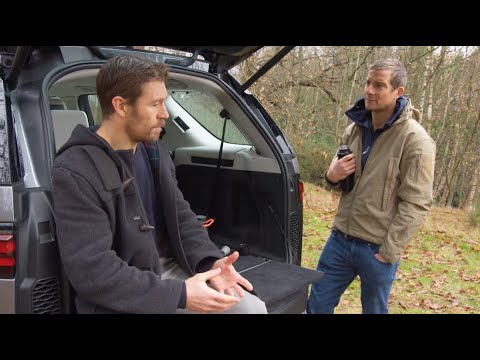