2 The World’s First Production V6 Was Born in Italy, This Is Its Fascinating Story

The Integrale Evoluzione II was the last and unquestionably best iteration of the high-performance Delta HF range. These machines symbolized the pinnacle of Lancia engineering, bringing the Italians six consecutive Manufacturers’ titles in the World Rally Championship (WRC).

These days, when you ask younger enthusiasts to name the best hot hatch ever built, most will mention the Mercedes-AMG A 45 S, Toyota GR Yaris, or a version of the Honda Civic Type R. Sure, those are all awesome cars, but they lack the pedigree and significance of the mighty Evoluzione II. Background
This amazing vehicle traces its origins to the Delta HF released a decade earlier. The second model to don High Fidelity badges after the Stratos, it was Lancia’s take on Volksvagen’s GTI recipe for a sportier version of their popular hatchback. At first, not quite on par with its German counterpart, the car got some much-needed forced-induction in 1985 when the HF Turbo was released. It became even more appealing a year later with the debut of HF 4WD. Several months after that, something significant for the future of the Delta HF occurred.

Until then, the WRC’s top class was the Group B where the Italian carmaker was running the Delta S4, a heavily modified, 500-hp monster that had little in common with its road-going counterparts. Because of several deadly accidents that occurred during the 1986 season, the Group B was canceled, so Group A became the main battleground for manufacturers. Here, the rules were more restrictive, and the cars needed to match their road-legal counterparts closely.

Lancia was left without a car, so they modified a Delta HF 4WD for rallying. Although it was far from perfect and rather hastily developed, it won both the Drivers’ (Juha Kankkunen) and Manufacturers’ championships in 1987, kickstarting the longest streak of titles in that competition history.

Next year, a heavily revised version called HF Integrale was released, followed by the Integrale 16v in 1989. The latter homologation special came with a modified 2.0-liter sixteen-valve version of the Fiat-sourced Lampredi Twin Cam inline-four that made 197 hp. In the WRC, it was responsible for three of the six Manufacturers’ titles (1989, 1990, 1991) and Miki Biasion’s 1989 Drivers’ trophy.

At the 1991 Frankfurt Motor Show, Lancia unveiled another extensively upgraded variant which became known as the Evoluzione. It was equipped with the same 16v four-cylinder tuned to produce 207 hp, a reworked suspension system, strengthened steering rack, and larger Brembo brakes. In the WRC, it helped secure the sixth manufacturers’ victory as well as another Drivers’ title for Juha Kankkunen.

This leads us to the fourth and final iteration of the HF Integrale, the Evoluzione II introduced in June 1993.

The Supreme Integrale
Nearly identical to the preceding models, it was easy to spot from a mile away, thanks to its gorgeous Bertone-designed fender flairs and adjustable spoiler. New exterior features that made this Delta more of a rally car included a pair of subtle air vents fitted close to the front wheel arches, a redesigned set of 16-inch alloy wheels, and an aluminum fuel cap ornament.

Inside, the surprisingly upscale cabin now came with standard Recaro bucket seats and a new leather-wrapped Momo steering wheel. The only available material and color was beige Alcantara which was used in abundance and gave the car a very premium yet sporty feel.

Under the hood, it hid the same 2.0-liter used since 1989 but for the first time, it had a red-painted cylinder head cover. The engine also got a new electronically water-cooled Garrett turbocharger, multi point injection and a high-tech 8 MHz ECU which helped increase output to 212 hp.

However, its real strength was not raw power but cat-like agility. The American-made Torsen rear diff supplied a huge amount of grip that, coupled with the dimensions of the car and the high- performance suspension, resulted in a goosebump-inducing driving experience.

Embodying a decade of constant development work, the Evoluzione II, was an invaluable gift for all those who dreamed of driving an epic rally car on public roads. There was nothing quite like it out there.

To make that dream come true, one had to spend close to $43,000 for this gift in 1993, which is around $80,000 in today’s money. An Evo II in great shape, like the model in the video bellow by 19Bozzy92 costs about the same, which a fair price for a timeless piece of automotive history and the greatest hot hatch ever made.

Yes, there are hot hatches that can deliver a similar or even a superior experience, but none of them are ultimate road-legal versions of the most successful rally car of all time. 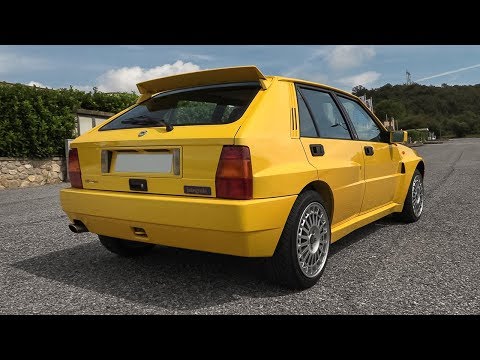