1 The Queen's Bentleys Will Run on Biofuel

Renault Modus and Kangoo to Run on E85 Bioethanol

Lamborghini Reventon for the President, Poverty for the Chechens 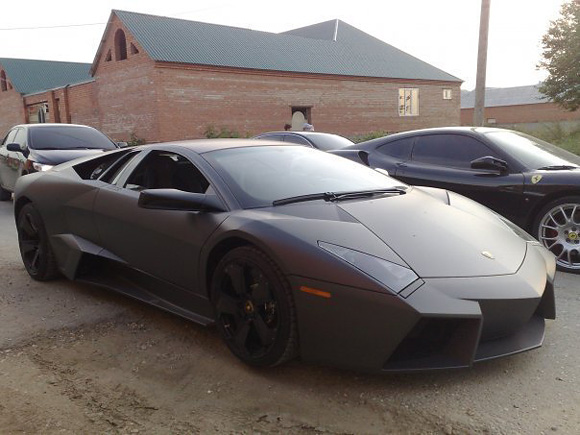 No matter the country, the century or the economic conditions, the story with the rich king and the poor peasant is always the same. The king basks in luxury, while the peasants starve in their hovels.

But that's enough with the literature, let's get down to business. Although his country is one of the poorest areas in the world, the Chechen Republic President, Ramzan Kadyrov, embellishes the picture with a Lamborghini Reventon, globalmotors.com reported. Since the war with Russia is finally over and the country is obeying orders coming from Moscow, the president of the country has thought of spoiling himself with a 1 million euro sportscar.

As if is this hadn't exceeded the legal limit of common sense already, Mr Chechen President is not satisfied with only one supercar, so his convoy is composed of more than 50 luxury cars. And since under no circumstance the president's luxury cars should meet the population's car wrecks, police blocks all the roads when he travels in convoy.

Now that his convoy was spotted by paparazzi, let's see how the president's explanation would look like... in case he intends to justify somehow how he got the money to invest in such a car while his people live in hovels. But we seriously doubt this will happen.

For those who don't know, the Lamborghini Reventon is produced in a limited series of 20 units a year and usually head to the richest men on the planet. So, the obvious question would be: is Kadyrov one of the kind?