2 Lamborghini Blancpain – More Races for the People
Up Next 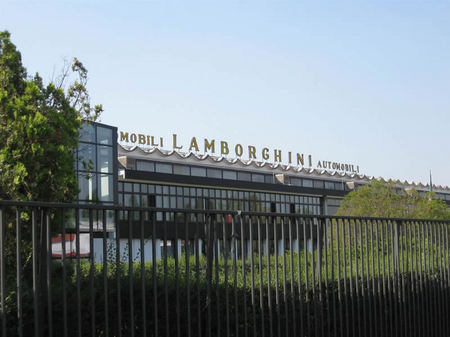 Automobili Lamborghini today confirmed the Board of Management's decision to expand its activities to China, with a new branch to open its doors in January, 2009. Lamborghini said that the new office will be built in Beijing, with several dealers already established in Shanghai, Guangzhou, Beijing and Hong Kong. Moreover, the Italian carmakers says new dealerships will be opened soon in several Chinese locations.

“China has the strongest dynamics of change to undoubtedly become the leading economy in the world. As one of the symbols of European luxury tradition, our products and our brand promise are irrevocably moving into the focus of a growing number of people. The development of wealth and the developing ‘savoir-vivre’ in China makes it one of the pivotal markets for Lamborghini’s future growth,” President and CEO of Automobili Lamborghini S.p.A., Stephan Winkelmann, said.

What's interesting is that Lamborghini officials predicted a growth of sales by 186 percent, with an increase from 28 units sold in 2007 to 80 cars this year. Although it may sound like very low sales from some of you, Lamborghini is quite pleased with the Chinese growth, looking forward to the opening of the new Beijing center.

“The decision to establish a branch in China illustrates our dedication to opening the potential of this market for Lamborghini. Our new regional office will ensure the presence of the brand and further the prosperity of the corporation on a global scale.”

Part of Volkswagen Group and based in Sant'Agata Bolognese, near Bologna, Lamborghini was officially founded in 1963 and became popular thanks to the high performance provided by its sports cars.