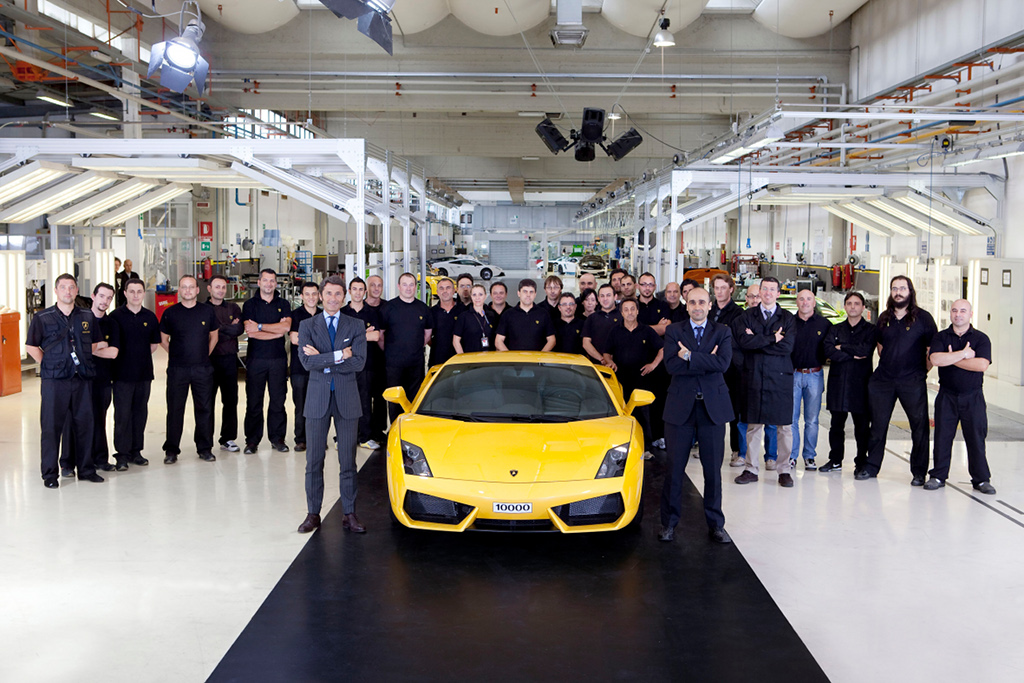 Lamborghini has crowned its most successful model ever, with the company’s Sant’Agata Bolognese giving birth to the 10,000th Gallardo.

The number 10,000 Gallardo is finished in Midas yellow and is destined for the Chinese market. The production record is being celebrated today in Shanghai during “Lamborghini Day”. This is the first event of its kind in China and showcases eight Lamborghini cars.

The V10 all wheel drive Gallardo was launched in 2003 as a coupe, with the model range subsequently being expanded with the Spyder and Superlegerra models and also the special editions like the Gallardo SE and Nera. The current Gallardo LP 560-4 Coupe came to the world in 2007, offering 560 hp (as its name suggests). One year later, Lamborghini launched the Spyder version of the car.

"Production of car number 10,000 is a very important milestone for Lamborghini,” said Stephan Winkelmann, President and CEO of Automobili Lamborghini. “The Lamborghini brand is extreme, uncompromising and Italian, and the Lamborghini Gallardo has played an exemplary role in defining and delivering our brand reputation into our worldwide markets. Today Lamborghini is represented in 45 countries by over 120 dealers, with the strength and presence of the Gallardo product playing a significant role in the growth and recognition of our brand.”