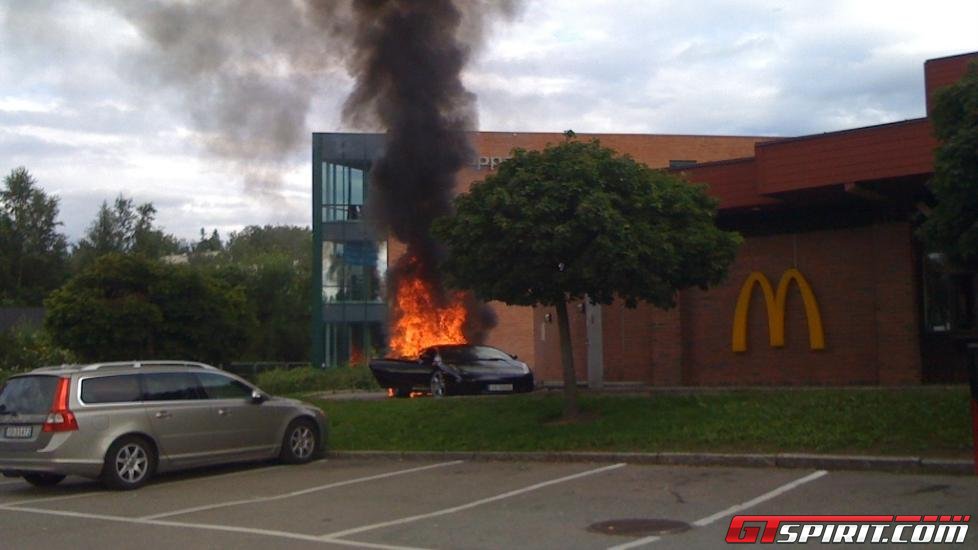 The news of a totaled supercar always makes us shed a tear and pretend it didn’t happen, but when a VIP is involved, the subject instantly turns to tabloid material and pushes us to share it with you.

So is the case with a recent incident that happened in a McDrive in Furuset, Norway, today, involving one Lamborghini Gallardo and one rap star, as GTSpirit.com reports.

We are talking here about a member of the Norwegian rap group Madcan, Tshawe Baqwa, who was behind the wheel of the black supercar when it caught fire. Luckily for Baqwa, he managed to escape unharmed, something that can not be said about the Gallardo.

The staff at McDonalds made sure the premises were immediately evacuated, as the fire department team arrived at the scene. 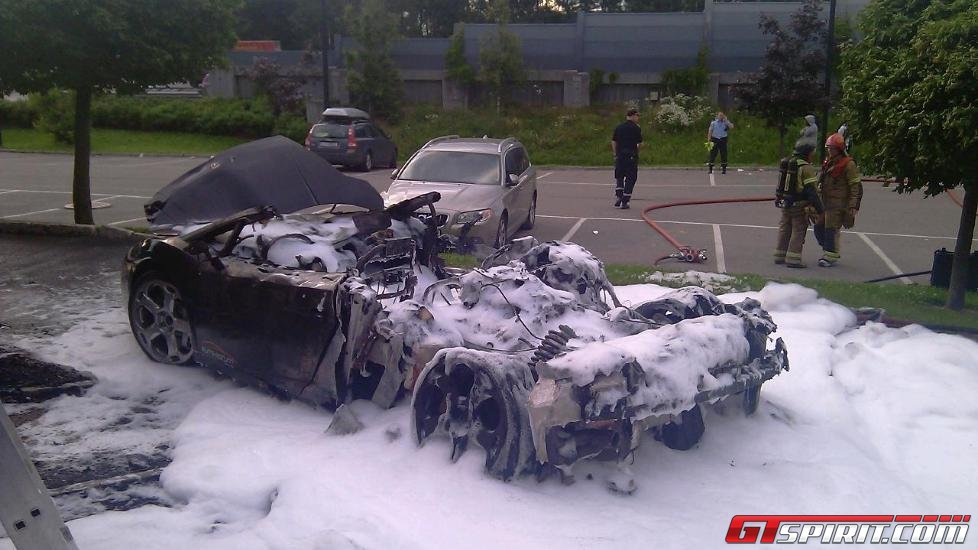 Unfortunately, it was too late for the Lambo, as it was already turned to ashes. Not literally, but as you can see in the adjacent images, there’s not much left to do with it.

Reports say that there was no explosion, but there was danger of spreading to the buildings. The smoke reached McDonalds and had to be removed with mechanical ventilators. We think some free Happy Meals for the evicted would have been fit.

Baqwa has no comments for now, says Ronnie Klaussen from the Cosmos Music Group. However, while the aforementioned source reveals the Gallardo didn’t actually belong to the Madcon member, he will still have some explaining to do to the supercar’s owner, who is none other than Norwegian shipping magnate John B. Ugland.

Now, anybody else wants to be freaky like Baqwa?