Lamborghini Aventador SV Gets More Power and Torque From Mcchip-DKR

Lamborghini’s Aventador is a quick car, and the SV version is the most powerful blend you can buy from the Sant’Agata-based automaker.
24 photos

However, 750 HP just does not cut it for some owners, even if it is an incredible amount of power for the average driver. Even supercars get their windows foggy when an Aventador SV passes, but that does not stop tuning companies from further enhancing the performance level of this model.

The specialists at Mcchip-DKR have taken an Aventador SV on their dyno and began work. It started with an ECU tune, but one thing led to another, and they fitted new catalytic converters, along with a modified exhaust. The changes have brought a power increase of 42 HP, and the torque has risen by 40 Nm.

The tuning company has not revealed the improvement in acceleration time and the top speed that will come after adding the Stage 2 package to the Aventador SV. It is worth noting that this Lambo can accelerate from 0 to 62 mph (100 km/h) in 2.8 seconds in stock form, and its top speed is 349 km/h (217 mph).

Even for a car like the Aventador SV, a 42 HP increase will be perceived so that mild improvements might be made in both values. Regardless of acceleration figures, it is impressive to see that the Aventador SV’s 6.5-liter V12 unit can still be tuned for more power. After all, 750 HP and 690 Nm (509 lb-ft) out of a naturally aspirated engine are pretty high in our book, but the tuners at Mcchip-DKR did not agree.

Those that are interested in tuning a Lamborghini Aventador SV, but do not want the full package can get the Stage 1 kit from Mcchip-DKR. The described package offers a 20 HP and 20 Nm improvements over standard, which brings 770 HP and 710 Nm to the Super Veloce Aventador. The related package costs €5,999, while the Stage 2 kit is nearly double because of the added components. 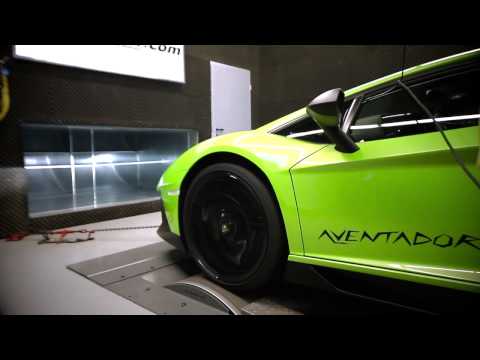