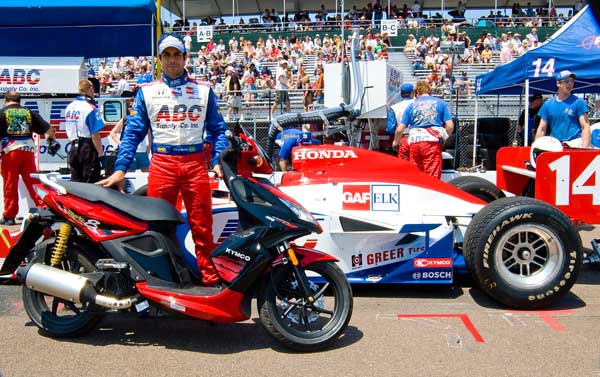 KYMCO USA, the scooter, motorcycle and ATV manufacturer, became the official partner of the IndyCar Series, the premier level of American open wheel racing. KYMCO has also partnered with Firestone Indy Lights, which the first step for drivers and teams wishing to compete in the IndyCar Series.

"We are extremely pleased to be involved in IndyCar Series racing," said Eric Bondy, President of KYMCO USA. "It's a thrilling form of American racing with an established fan base that is only getting bigger. This gives us an excellent opportunity to expose our brand to new customers around the country and throughout the world."

"We couldn't be more pleased to have a company like KYMCO come on board with the IndyCar Series," said Greg Gruning, Vice President of Sales for the Indy Racing League. "KYMCO manufactures quality products that the IndyCar Series staff will rely on throughout the course of the IndyCar® Series season."