1 KTM X-Bow Gets an R, a Few More Horses

5 U.S. Customers Now Able to Get Their Own KTM X-Bow
Up Next

autoevolution Poll: The Upcoming Jaguar XE Gets the Thumbs Up! 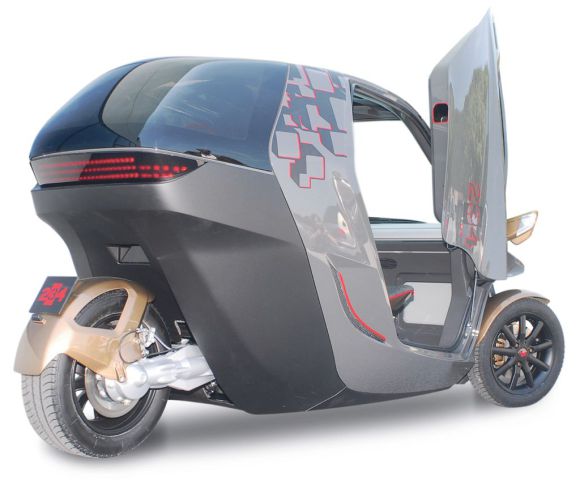 The manufacturer behind the the X-Bow, KTM Sportmotorcycle AG, seems prepared to join the eco-race with their E3W model.The three wheeler was created by KTM PowerSports collaborating with the Austrian Institute of Technology and industrial design studio Kisha. Also worth mentioning that the project was partly founded by the Austrian government and what came out was more than satisfactory.

The Electric 3 Wheeler was conceived to be a practical, smart and eco-friendly two-seater that can squeeze through city traffic with minimum environmental impact. The small three-wheeler is being seen as a rival to the Renault Twizy with its highly stylish exteriors and Lamborghini-inspired scissor doors. The KTM E3W looks to fit wright into place in a rapidly growing green vehicles market which has really taken off in the last years.

A fact highlighted also by the major players in the industry which are launching their own environmental friendly cars. The KTM E3W weights merely 500kg and is being powered by a 20hp engine which runs on lithium-ion batteries which has an estimate drive range of 100km on a full Charge. The two-seater is entirely made of plastic. there are rumors saying that KTM plans to sign up a strategic alliance and make the prototype enter production line in a couple of years, as relted by Clean Thinking.