3 KTM X-BOW Gets More Power from ABT

4 KTM X-Bow Expands in England
Up Next

KTM X-Bow Gets an R, a Few More Horses 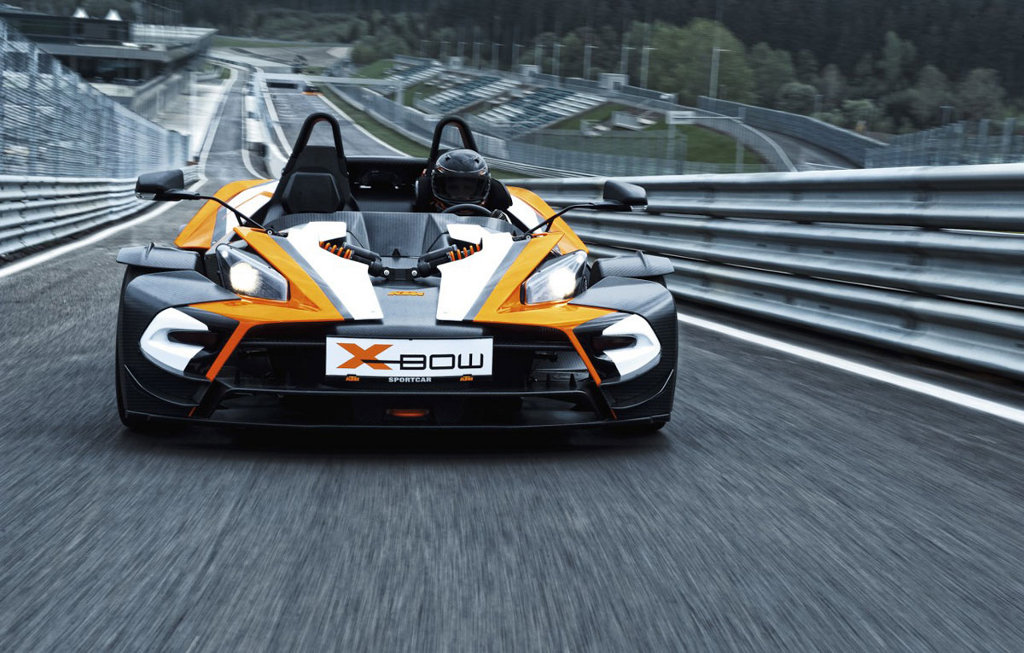 Fun got an extra boost this weekend, after one of the lesser known, but very competent KTM announced the introduction of a souped-up version of the lovable X-Bow. By simply adding an R to the name, a few more horses to the engine and a couple of tweaks to whatever body the model has, KTM has managed to bring a new exciting look and feel to the range.

The most important chance made to the X-Bow, the one which caused the addition of the R to the name, is the increase of the engine's power from 265 hp to 300 hp. The unit, a 2.0l TFSI provided by German manufacturer Audi, has also been modified (the upgrades include the addition of a new turbine, as well as changes to the injection system) to offer 400 Nm of torque.

To handle the increased output of the engine, KTM also tampered with some other components of the model. The suspension on the rear axle and the push rod suspension on the front, both sourced from Formula racing, have been modified, while the car was given an overall lower position, for better cornering.

With the details about the X-Bow R, KTM also released pricing information for the new model. To be offered in four versions, the R will sell starting from $88,500 (for the base street model), going through $103,500 (for the Clubsport) and reaching $134,000 for the Superlight Edition. The top of the range GT4 edition will make a $139,000 hole in your budget, but it promises not to disappoint.