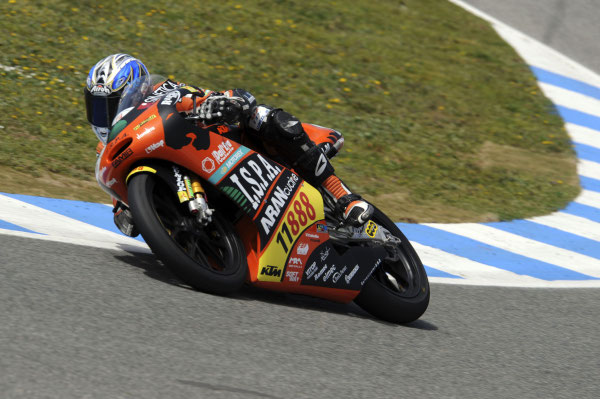 KTM Racing officially announced that the team will withdraw from the 250cc World Championship at the end of the season in order to concentrate more on the development of the 125cc series group. According to a press release published on the KTM website, the team will appoint the American Cameron Beaubier to join Spanish youngster Marc Marquez for the 125cc team. The team will be led by constructor Harald Bartol, a former MotoGP rider.

“We have decided for the GP 125 cc class because contrary to the 250 cc class, its existence is secured in the medium to long term. KTM is focusing its efforts on the 125 cc Grand Prix class for the future of the road racing world championship. The Red Bull KTM Team, under the technical leadership of constructor Harald Bartol, will be a newly formed factory squad,” Winfried Kerschhaggl, head of KTM Racing, explained the decision in the same press statement.

“The company, which has for years encouraged the next generation with intensive activities in offroad and road racing activities, thus re-affirms this strong and long-term commitment to the smallest cubic capacity within the world championship competition,” it is also mentioned.

KTM is currently the third in the overall constructor standings with a total of 214 points, 45 and 88 points behind Gilera and Aprilia respectively. KTM had quite acceptable results this season with M. Kallio finishing among the top then riders on a regular basis.