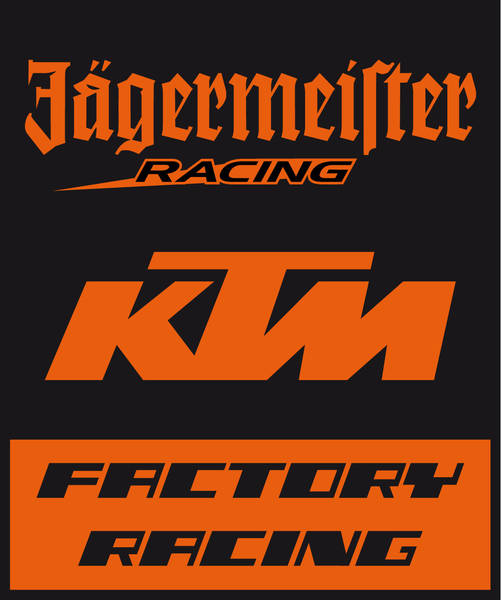 The north-American division of KTM just announced that it has signed a new deal with liqueur company Jagermeister, where the latter becomes the title sponsor of the 2010 KIM motocross team. The two companies first began their partnership in 2009, as Jagermeister stepped up as a corporate sponsor for the MDK/KTM Factory Team.

“Besides the obvious answer that the corporate company colors match well, there are many reasons we are proud to extend our relationship with Jagermeister. Top on the list being the demographic of their customers and their enthusiasm for keeping the sport of motocross alive while supporting the lifestyle of our main enthusiasts,” stated KTM President Jon-Erik Burleson.

KTM announced that it will focus mainly on the motocross series for 2010. The new team created from the KTM and Jagermeister partnership will be titled as the Jagermeister/KTM Factory Racing Team and will debut with sole team rider Mike Alessi in May of 2010 under leadership of Team Manager Casey Lytle.

“KTM is taking a direction opposite of the competition – a motocross only team for 2010,” Lytle said in a release. “Jagermeister is the most fitting sponsor for the direction that KTM would like to take in the motocross community. KTM’s direction is to focus on interacting with our customers on all levels. Together KTM and Jagermeister have laid out plans for multiple events in the coming year that will focus around motocross riding with active involvement from our customers.”

The first event that will mark the kick-off of the partnership between the Jagermeister and KTM will be a Christmas Party to be held on December 11, 2009 at Pala Raceway. That is when all KTM riders will receive special treatment with a pass to ride free for the day if they show up with their KTM.