1 KTM Has Big Plans for the X-Bow Racer

3 KTM's RC8 Will Be Sold in Limited Edition

4 KTM X-Bow Tampered with by MTM
Up Next 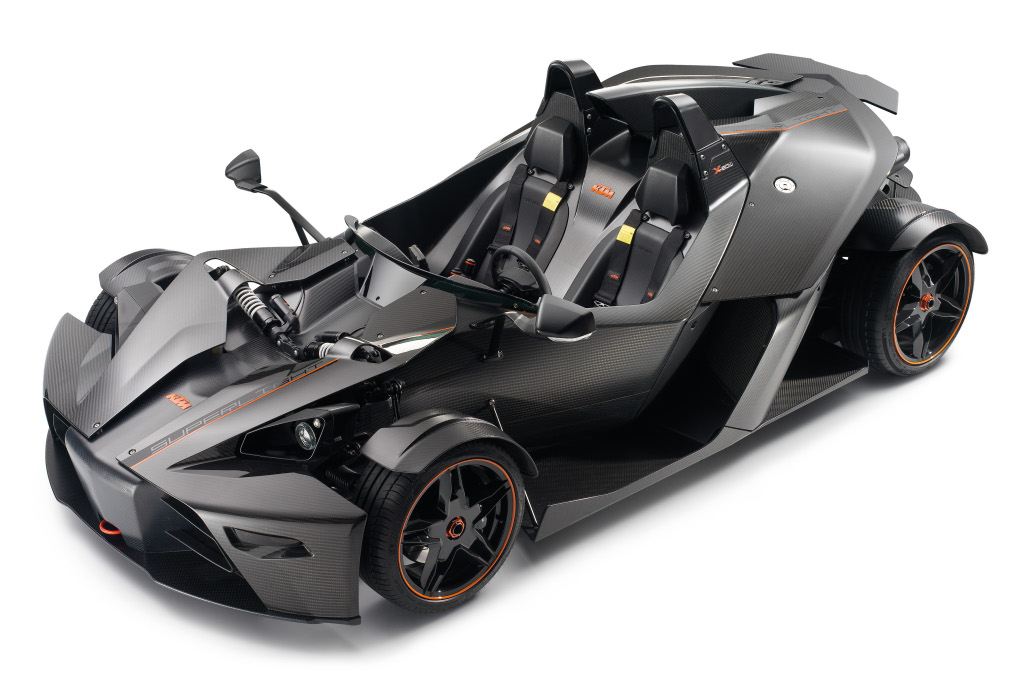 KTM is celebrating the first anniversary of its X-BOW range at the 2009 Geneva Auto Show with the unveiling of an entire array of new vehicles and technologies. The year old X-Bow range will debut at the show no less than than five different models: X-BOW Street, X-BOW Clubsport, X-BOW GT4, X-BOW Superlight and X-BOW ROC.

The Superlight features all available technologies and radical lightweight construction. KTM cut back on the conventional comfort features to improve the car's weight, so much so that the car is even missing the roof and the windshield. Without the two, KTM didn't see the need for air-conditioning or an entertainment system. After all, it is build to race, not to host after hours parties.

KTM used for the first time in the history of series production cars an all carbon fibre made body, built with the help of sportscar manufacturer Dallara and carbon fibre specialist Wethje. The complete carbon composite monocoque weighs 90 kilograms (not a typo, we do mean 90 kg), without jeopardizing its occupants' safety. With the help of a crash box, the X-BOW met FIA crash test requirements.

Superlight uses an Audi 2.0 TFSI engine with direct fuel injection, which develops 240 horsepower and is fitted with a limited slip differential. Once the 'Keyless Go" system is activated, the vehicle races down the track using its performance suspension, with adjustable compression and rebound rates.

2009 Geneva Auto Show will also witness a X-BOW special edition, dedicated to KTM’s participation in the Race of Champions event. The edition will be limited to 30 units, and includes unique features such as exclusive ROC design, sports exhaust, adjustable sport suspension and a removable multifunction steering wheel. All for a price that stands at 69,980 without tax.

The X-Bow Superlight costs a little more than the special edition; that's 79,980 euros excluding taxes. It might seem much, but the vehicle sold very well until now. 250 X-BOW's were delivered to their owners in the first six months of production, and 400 others are still waiting for it.