1 When a Koenigsegg One:1 Used a Porsche 918 Spyder as a Drifting Cone at Goodwood

5 Koenigsegg One:1 Flies on Nurburgring as Hypercar Works to Set Green Hell Record
Car video reviews:
Up Next

Koenigsegg wants to beat Porsche’s record time at the Nurburgring, and the Swedish brand has a team at the track in charge of the attempt.
19 photos

We are writing about Porsche’s record time set in 2013 with the 918 Spyder, which managed to lap the Nurburgring Nordschleife in six minutes and 57 seconds.

The Swedish hypercar should have all it needs to beat Porsche’s time, which will make it the quickest production road car in the world, at least when it comes to he Green Hell.

That said, the Radical SR8 LM has a faster time than the Porsche 918 Spyder, but its six minutes and 48-second result from 2009 is not considered, as the model is only built for the track.

Since the Koenigsegg is one of the fastest and most powerful cars ever made, the Swedish hypercar has a shot at the record, and a skilled driver who knows the Nurburgring by heart could beat both times posted above.

In the current phase, Koenigsegg is testing the One:1 at the Nurburgring with Robert Serwanski at the wheel, the company’s test driver.

His job will be to ensure the suspension is correctly set for the Green Hell, while another driver will be in charge of the record attempt. The latter is expected to be a Nurburgring expert, but his or her name has not been specified. Expect to discover it after Koenigsegg succeeds in breaking the record.

The Swedish company has revealed it will try to break the record during private track sessions, which are a rare occurrence in the busy schedule of the most demanding track in the world. Attempting to beat Porsche’s time with regular traffic on the ‘Ring would not be feasible, as the other cars could slow down the hypercar.

The Koenigsegg One:1 will attempt its Nurburgring record run without any modifications outside of a roll cage, which is fitted for the safety of the driver, in case things go wrong.

Until the actual attempt, the team is setting up the aerodynamics and suspension of the One:1 for maximum performance at the Nurburgring, and the automaker has stated it will reveal the adjustments it made after the run is completed. 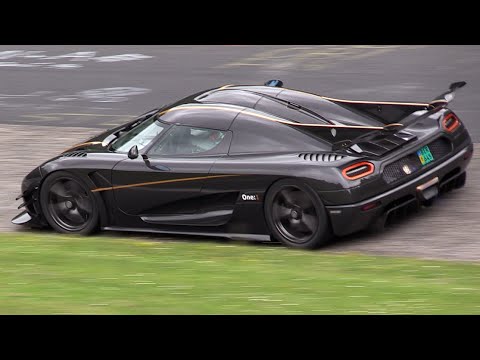