1 Victory Puts Out New Jacket And Winter Gloves for 2017

Knox Has Some New Impact-Protection Armor for 2017

Knox claims their Micro-Lock material is using smart technology, giving their new armor increased softness but immediately gets hard during an impact to absorb the energy.

"So does any other D3O armor piece," you’d say, but Knox claims their new addition is the most comfortable and softest protection you can get. And more importantly, its properties stay the same during a wide range of temperatures.

The new Micro-Lock is said to use a unique mix of materials that keep the armor soft in the cold and stable in the heat so that you can have the same comfort and protection in all seasons.

Micro-Lock comes with a 5-year guarantee, has CE certification to EN621 on all styles, including T- and T+ extreme temperature tests. The new protectors will be used throughout the 2017 Knox collection and can be had in Level 1 or Level 2 certifications depending on your needs.

If you never heard about Knox, the British company started in 1981, when it launched the first commercially available back protector under the Pro-Tek brand. Next came the award-winning Pro-Tek Elite suit in 1988 which was the first to come with built-in protectors in the elbows, shoulders, and back.

Fast-forward to 2011, and the company released probably the coolest and most protective motorcycling glove - the Knox Handroid. This looks like a combination between Crysis videogame technology, and something Batman would wear.

Their design sets apart through exoskeletal finger spines that cover the knuckles and thumb while giving full unrestricted move. They all merge into a comfortable gel lined metapod that covers the back of the hand. The palm is also fitted with a Patented Scaphoid Protection System that further enhances the protection over one of the most affected palm region in case of falling from a bike. 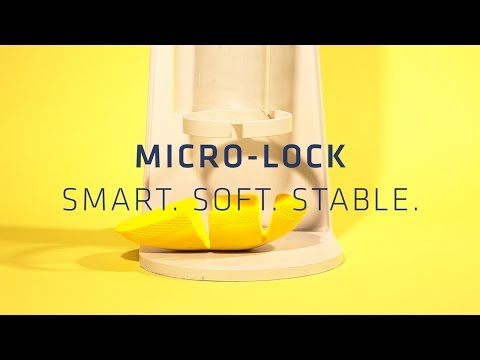