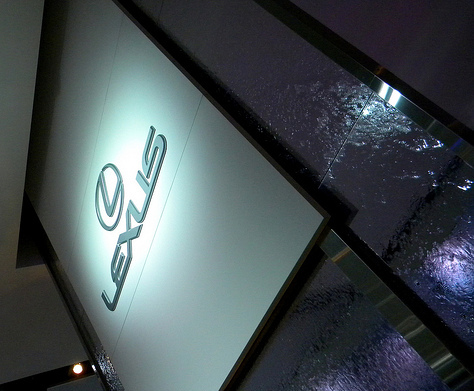 The North American International Auto Show (NAIAS) is, also because of the fact that it is the first event of its kind of the year, one of great importance for car makers. This is why most of them will try their best to impress not only through the cars they present at the event, but also through the way they present them.

The Japanese from Lexus, Toyota's luxury division, announced this week it would go for what it called a “kinetic” display booth: a 14,300 square-foot, single-level automotive boutique, complete with an animated walkway, large, high-tech LED video wall and, of course, a full car lineup: LFA, CT200h, and tuned version of the LS 600hL sedan, created by tuner Brian Fox (the same car presented at last year's SEMA).

“When people visit automotive exhibits, they often encounter areas that evoke solid construction and fabricated form,” said Andrea Lim, Lexus Events marketing manager. “Our exhibit can best be described as a ‘kinetic skin,’ where visitors’ senses are actively engaged, resulting in an emotional connection to the brand.”

All that walking around the huge COBO Center in Detroit might feel a bit tired at one point, so Lexus is also introducing a Zen lounge, which comes complete with access to Lexus' online informative and entertaining concept called “L Studio.”