In 2021, Kim Kardashian, the reality star the world liked to make fun of a while back for being Paris Hilton’s assistant and having a single and quite embarrassing claim to fame, is a proper A-lister. And she rolls like one.
9 photos

Kim Kardashian is now worth over $1.2 billion, thanks to a successful reality show and an even more successful foray into cosmetics and women’s apparel. She’s always been rich in the most basic sense of the word, since she comes from a wealthy family, but her constant hustling and business-savvy have put her among the one-percenters.

Her vehicle fleet is an example of what it’s like to live the billionaire life in sunny California. For twenty years, she’s been getting her cars from Platinum Motorsports in Los Angeles and, as of late, as her business career flourished, she’s started to lean more towards more elegant custom designs. Her latest buy is a one-off Lamborghini Urus.

It’s not the Lamb-Bo she unveiled this past June, the one entirely covered in boucle fabric that was, because of it, practically undrivable. This one is also a brand-new, factory-white Urus, sold to Kardashian by Platinum and then customized with help from a Mansory wide-body kit, one-off wheels and a very special paint from the KK x Platinum Special Pantone series.

The Urus was officially unveiled at the end of last month on YouTube and then on Instagram last week. Almost coinciding with the latter, Kim took it out for a drive a few days ago and, of course, the paparazzi were on hand to capture the moment. After all, if a tree falls in a forest and there’s no one to see it, did it even fall?

The one-of-one Urus looks incredibly dramatic in professional photos, like those in the gallery above, and in the video below. In real life, it’s not as dramatic, but it still makes for a striking sight. The tweet below links to more photos.

It also confirms previous reports on how much Kim is paying for these custom cars that she hardly ever drives but keeps on collecting: $600,000. It’s not incredibly expensive for someone with her kind of money, but considering how many custom vehicles she’s buying and how many she already owns, it does feel excessive. Then again, Kim was never one to show restraint.


Kim Kardashian wears a sports bra as she steps out of a $600K one-of-a-kind Lamborghini Urus https://t.co/6JrS8FDUre 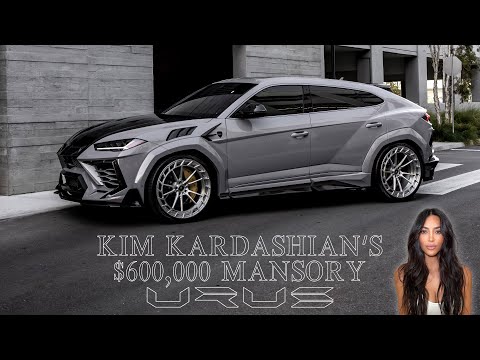