2 Kim Kardashian Has Strict Rules for People Flying in Her Private Jet, No Exceptions

4 Kim Kardashian Does Normal Things, Too, Like Pumping Her Own Gas

Elena Gorgan
Depending on who you ask, Kim Kardashian is a lot of things and some of them are not good. But if you ask her, she’s also a “car girl,” one with a deep appreciation for fully-custom automobiles that appeal to her particular aesthetic. Her latest didn’t fit the bill.
12 photos

As announced earlier this year, Kim Kardashian was the main star on the season finale of Million Dollar Wheels, a new reality series on Discovery+ hosted by RD Wittington from the luxury dealership WiresOnly. Kim, who is described as a “Mega Mogul” on the show, usually works with Platinum Motorsports in Los Angeles for the cars in her ever-expansive fleet, but she was in the market for something different. WiresOnly promised to deliver.

That something different was a minivan for the daily school run. Kim shares four children with her ex-husband Kanye West, and she has full custody of them, which means she needed something like a bus to ferry them all to their respective schools on a weekday. Instead of a bus, she got a custom minivan, a Mercedes-Benz V-Class with Maybach Gear, tricked out to accommodate the kids and her rich tastes.

The episode aired earlier this week on TNT, and revealed a big surprise at the end. Kim loved the car, and was particularly impressed by the disco lights, the pop-up TV and the frosted partition, but she had one very important request: could it be all-gray, inside and out?

If you watch the video below, that’s the moment when you can see Wittington’s soul briefly leave his body. The man had just completed a fully-custom project, only to find out that he had to change everything, so it would fit in with the other cars in Kim’s fleet. As she explains, all her cars are painted a special shade of gray, which she helped develop, and she couldn’t possibly have a black minivan in the mix.

There is a happy ending to the story, though, because this is reality television. Wittington and his WiresOnly call themselves the “gatekeepers to exclusivity,” so they proved that right by accommodating Kim’s seemingly impossible wish. In the end, Kim bought the minivan. The reported cost was of $400,000, which, to Kim’s estimated net worth of $1.8 billion, is a drop in the bucket. A drop now painted gray. 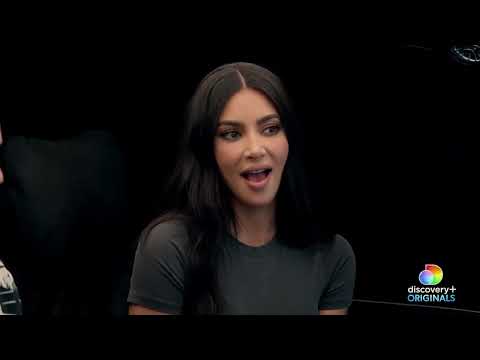