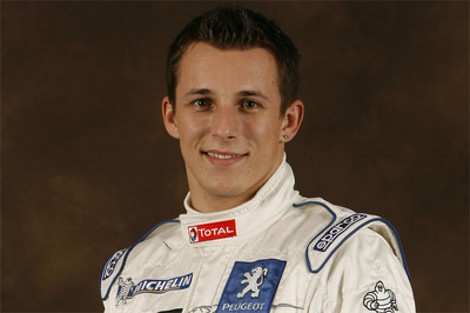 BMW's test driver, Christian Klien could make his return to Formula One with the start of next year's season. The 26-year-old Austrian left the Red Bull seat in 2006 and went to Honda as a tester.

After the unsatisfying Honda experience, Klien moved to Swiss-based BMW Sauber team as a reserve and test driver, looking to secure a full-time drive. With a gloomy perspective in F1 after the FIA implemented the ban on in-season testing for 2009, Klien was allowed by BMW Sauber to continue racing in other events that don't interfere with his Formula One schedule.

Klien then signed with Peugeot to take part in the Le Mans 24 Hours Race, where he finished third overall in the Peugeot 908, alongside teammates Ricardo Zonta and Franck Montagny.

Klien's return to F1 is rumored by the Austrian news publication Voralberg Online, which claimed his contract with BMW Sauber “guarantees him a full race seat by 2010”.

Klien's comment so far was only: “it is far too early to talk about the driver market”.

Backing up this claim is another Austrian source, vol.at, who also says Klien would replace Nick Heidfeld for the next season. Though not sure who will replace the German driver at BMW Sauber, rumors of Heidfeld's departure from his current team are starting to circulate more lively. And this is in part due to Nick Heidfeld openly admitting he is in talks with other teams regarding his F1 future.