Kia (along with sister company Hyundai) is one of the coolest automakers right now. It reached this point thanks to daring and modern designs, great technology, but also the proper attitude. Now, it’s also confident enough to showcase an official 400-meter (almost a quarter-mile) drag race where their star EV is not the one coming on top!
33 photos

We love Hyundai’s courage to bring to life the retro-cool design of the Ioniq 5. And, even though Kia’s own E-GMP counterpart isn’t exactly the most original battery-powered crossover out there, the South Korean automaker does have a point or two to prove against a crop of (some) of the world’s fastest supercars.

Better yet, the following excerpt is entirely official and is part of the video presentation that accompanied the Kia EV6's online worldwide premiere. You can see it from the 12:02 mark in the video embedded below as it served as the appetizer for the introduction of the flagship EV6 GT variant.

The hero version is powered by two electric motors for all-wheel-drive capabilities and a total output of 430 kW (577 horsepower). It’s also equipped with a 77.4 kWh battery pack, and the performance is close to supercar levels, given the 3.5 seconds needed to reach the 62-mph (100-kph) threshold.

Just how close it really is will become clear thanks to the drag race that sees the EV6 GT head onto the field against both new and slightly older sports cars such as the Lamborghini Urus super SUV, Mercedes-AMG GT, McLaren 570S, Porsche 911 Targa 4, or the Ferrari California T.

Interestingly enough, the defunct McLaren Sports Series representative takes the win, and we commend Kia for having the guts to present itself as the loser—if we can call the EV6 GT that considering that it came a close second. See, Voltswagen, this is the proper way to do marketing, not by lying (again, considering the Dieselgate scandal). 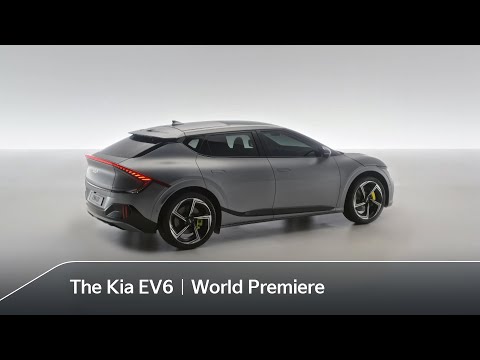